Lots of things happening since the beginning of the season. Here goes an update of what we have been doing lately.

Lets start with the TAOLA meeting (Capeverdean Sea Turtle Network), held in Mindelo in May 22, 23 and 24. The network was finally formalized, counts now with the necessary statute. The board members were elected and all the organizations involved in the sea turtle conservation on Cape Verde are represented on it. 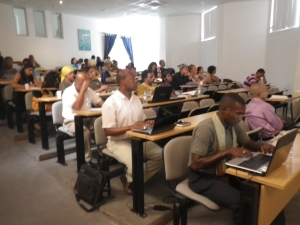 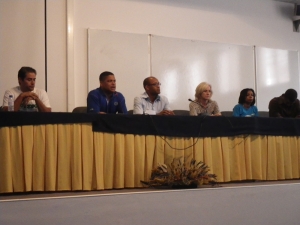 Julio Rocha, founder member of Turtle Foundation – Cabo Verde, is the President of the network.

Back in Boavista, Turtle Foundation was invited to participate in the IV Professional Faire (May 31st), promoted by the Câmara Municipal da Boavista, and present information about the project and the different professionals involved in the sea turtle conservation area. 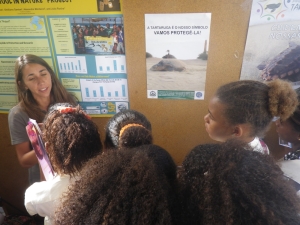 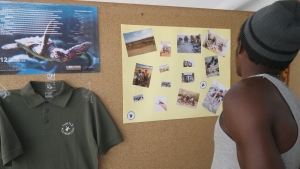 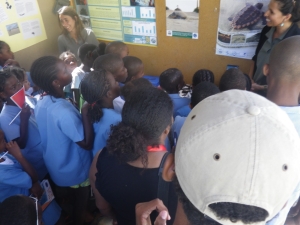 A few days later, was time to celebrate the Day of the Environment, June 5th. Turtle Foundation was there, together with Câmara Municipal, Clube Ambiental da Boavista e Natura 2000, at the Sal Rei’s main square, to offer painting activities to the kids, all centred in the nature and the importance of its protection. The work produced by the participant children was exhibited at the Centre of the Delegation of Agriculture and Environment during one week. 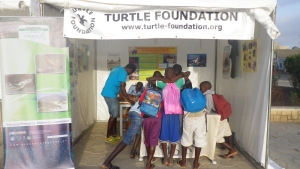 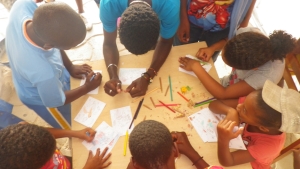 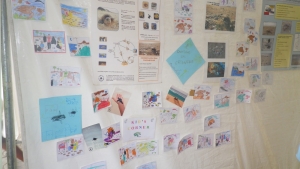 In the 15th of June, we started setting up Boa Esperança camp and the day after was Lacacao’s turn. Fundo das Figueiras started one week after the camps and right in time to welcome the first nesting turtles in north beaches.

Practical and theoretical lessons about the night patrols and turtle work were addressed to the team in the camp sites during the first week of the field work.

Grupo Varandinha’s team, responsible for the protection of Varandinha beach and supported by Turtle Foundation, received the training in their first day/night of patrol, June 16th. 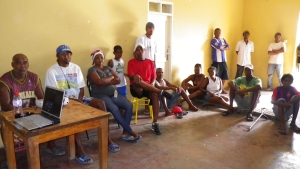 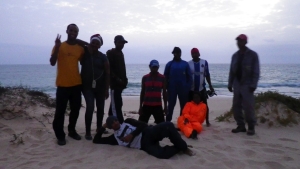 Also in the 16th, the Day of the African Child was celebrated in Joao Galego, an important community of the north area of the island, in an event organized in partnership between the Protected Areas Group, Natura 2000 and Turtle Foundation. Special activities were offered to the public of all ages, aiming the interaction between children, youth and adults and always with music playing in the background – indispensable to any good party around here.

In the 25th of June, the soldiers arrived and before heading to the camps, they received the training in sea turtle work, night patrol protocols and management of conflicts – a very dinamic and interactive session. 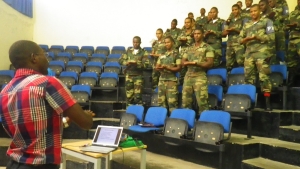 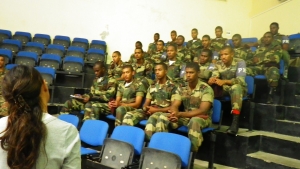 And the training sessions do not stop there. The Capeverdian Red Cross team honored us with their presence and kindly came from Praia, Santiago Island, to present to our groups a First Aid Course, during the weekend of the 7th/8th of July. Turtle Foundation is grateful to the Red Cross for this important support to our teams and therefore to the sea turtle protection in Boavista, and hopes that this partnership will become stronger and last for many seasons. 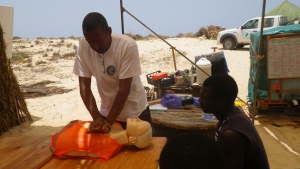 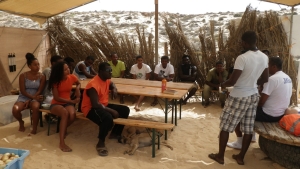 Finally, ranger and interns are still attending the sustainable tourism training and learning how to give information talks about the Turtle Foundation work, handling merchandising products and guiding turtle watching tours, during the on going trainig that started in June 16th and is planned to last until the end of the current month.

Talking about new challenges and projects, Turtle Foundation and Grupo Varandinha teams went together for morning surveys in Santa Mônica beach (June 29th and July 24th) to gather fresh information about the nesting activity there and elaborate the best strategy to protect that beach. 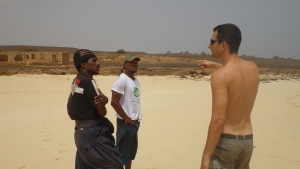 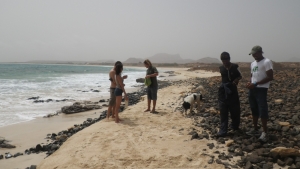 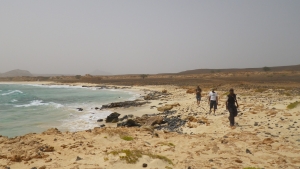 Turtle Foundation has recently (July 1st) welcomed in the team the 6 guards hired by the Capeverdian Protected Areas Group. This addition will definitely reinforce the team in the field and the protection work, and comes in an important moment, as the nesting activities in our beaches has so far proved to be higher than in the previous two seasons. After attending the introductory presentations, the group of guards was splited and designated to their respective camps (2 to Boa Esperança Camp, 2 to Lacacao Camp and 2 to Fundo das Figueiras).

Our hatchery in Ponta Pesqueiro beach is now set (since July 11th) and already receiving the nests that need to be relocated from Lacacao beach due to the impact of the artificial light from the hotel Rio Tuareg on the emerging hatchlings.

Following the list of special guests, GEOMAR team from Kiel, Germany, has arrived in Boavista in the 18th of July, to give training to Turtle Foundation’s rangers and interns in DNA and parasite sampling. Dr. Christophe Eizaguirre and the PhD student Victor Stiebens are currently in the field giving an intensive practical training about these important sampling techniques.

Unfortunately, some sad news keep arriving. We recently heard that 5 turtles were taken in the sea and brought ashore in the north area in a fishing boat; drag marks were found at the end of Lacacao beach, indicating that one turtle was taken; a turtle was found dead at the end of Agua Doce beach and another one in Varandinha. On the other hand, in a certain way, a higher number of killing was already expected in a busy season like this one seems to be. 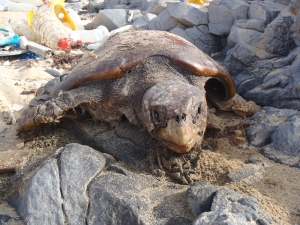 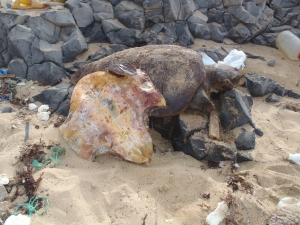 However, with the help of the dedicated volunteers and interns that are constantly arriving every week, the on-going training with experts in their fields and the support of the Protected Areas Group reinforcing the turtle protection, we hope that our intensive protection effort will bring great results for the sea turtle conservation in the island and help to prevent the loggerhead from extinction. 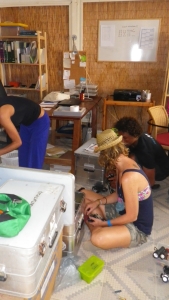 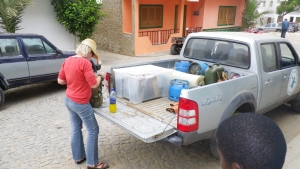 Greetings from the field to everyone!