Why there could be much fewer sea turtles than previously assumed – and how this might affect our work, too

For us humans, sea turtles are still quite unknown creatures, to a large extent: Usually, they become visible only when they return to their home beaches to dig nests and lay eggs. What they do in the meantime, when, where, and how, remains a mystery even to natural scientists (to put it in a somewhat flowery language) – but also this, of course, is what makes these marine creatures so interesting to us.

For science, however, this fact can pose a problem: As these animals are only occasionally encountered in their natural habitat, they are also extremely difficult to observe. Thus, some long believed certainties may have to be thrown overboard at some point – such as the actual number of living sea turtles in populations all over the world. Simply because these are largely based on statistical projections rather than on direct counting.

It was Nicole Esteban from Swansea University who had recently drawn attention to this fact. In 2017, the results of her study, based on a very simple initial observation, were published: Female green turtles laid considerably more nests than generally assumed. This would, however, significantly change the calculation made so far: The count s of turtles are based on the number of nests that the turtles leave behind on the beach. This is divided by the number of nests that a female turtle lays on average within a nesting season; the result is the number of female sea turtles that nest on this beach. However, if a sea turtle does not lay only three nests, as assumed, but rather six, as in the case shown, the presumed nesting female turtle number needs to be halved. 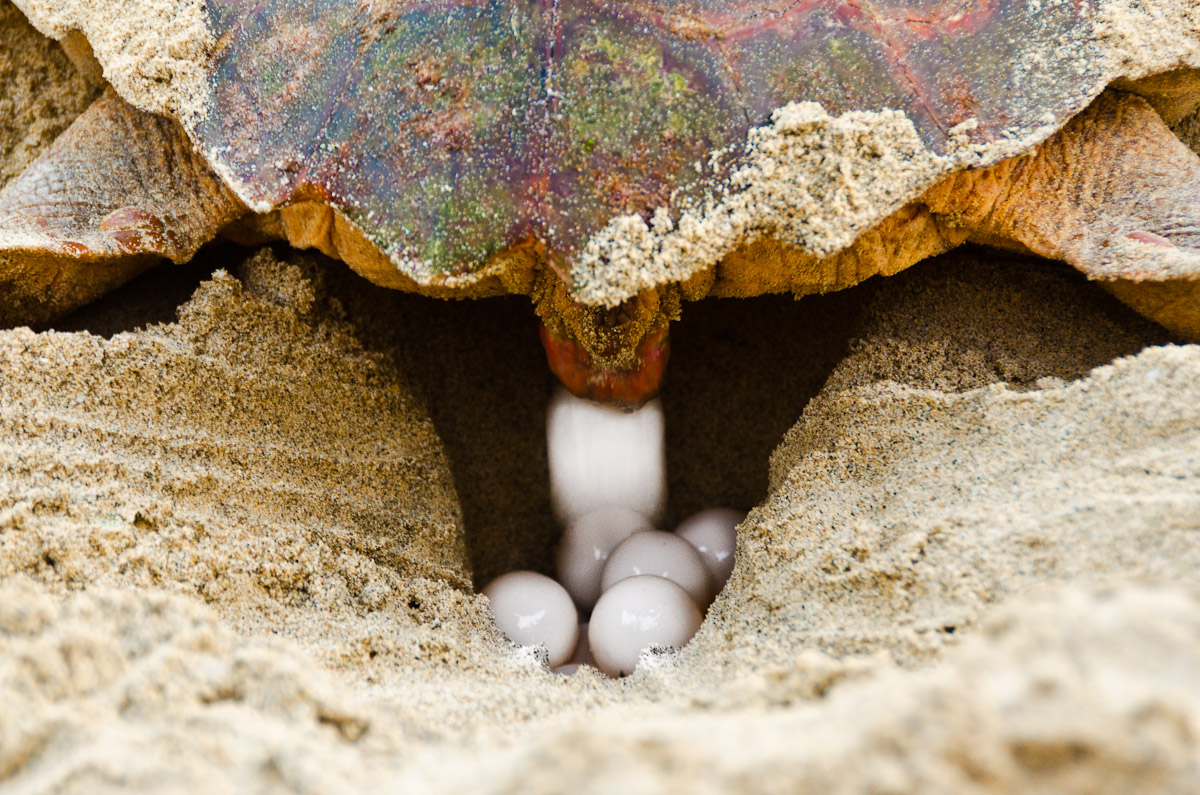 However, detailed, reliable data on the population of a species are at the heart of all efforts to protect it. Nicole Esteban stressed this in the introduction to her study. Logistically, it is a big and sometimes impossible effort to identify the respective animals individually and to exactly record their nesting activity. The inference on population sizes by the nests alone can, however, lead to wrong results. The conclusion to be drawn from this is that the global population of sea turtles could be in a much worse state than previously assumed – there is the possibility that in fact only half as many specimens are left in the world. This means that sea turtles would be even more endangered – and with them the marine ecosystem, to whose balance they also make an important contribution.

The results could also have an impact on our daily work on the turtle nesting beaches: Counting nests and clutches alone could not be conclusive enough. Equipping turtles with satellite transmitters is very expensive and are therefore not a realistic option for determining sea turtle populations. Nicole Esteban has already found a solution, at least for the green sea turtles in her observation area: She observed that the animals build their nests clockwise on the island every 10 to 11 days. This makes it possible to determine exactly how many nests were laid by a single turtle using much cheaper tagging methods. 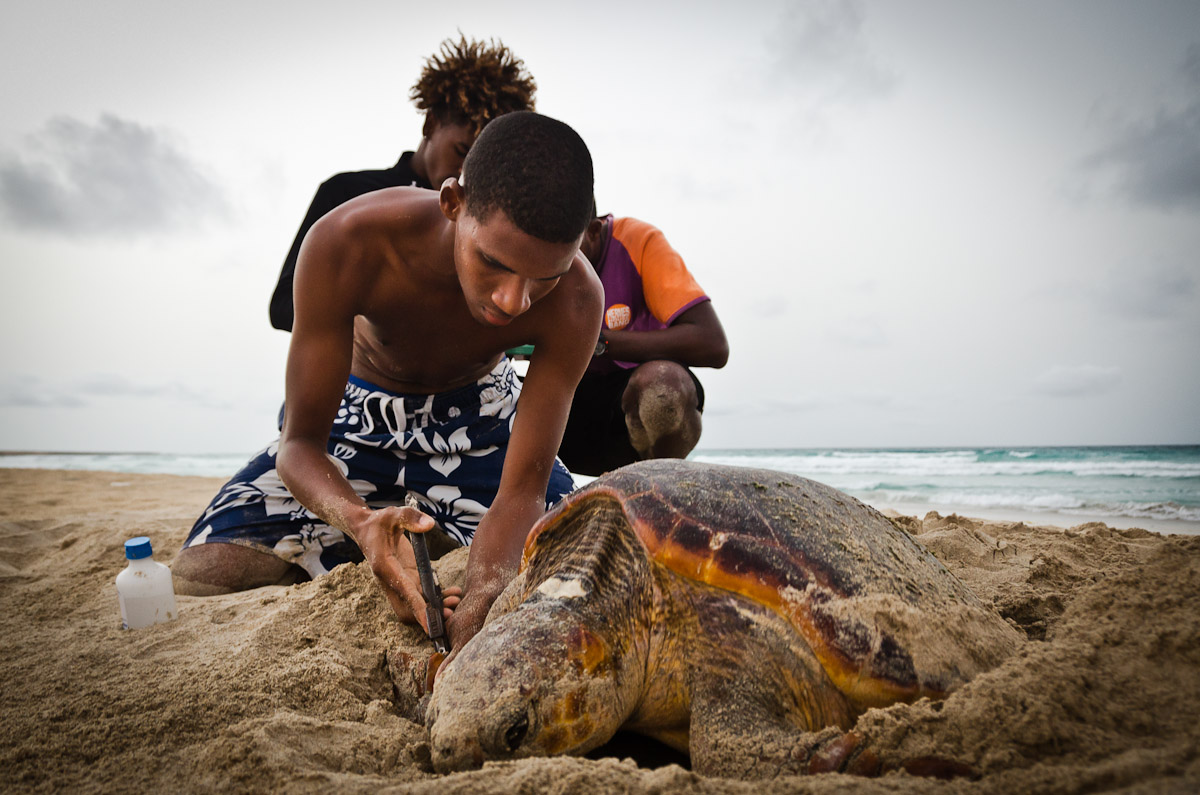 Article in „The Atlantic“: https://www.theatlantic.com/science/archive/2017/02/there-may-only-be-half-as-many-sea-turtles-as-we-thought/516624/