The winners of the 1st edition of the GreenProject Awards (GPA) in Cape Verde were officially announced on May 10. The gala to announce the projects that stood out for good environmental practices was taking place in the Grand Hall of the National Assembly.

Dozens of projects participated in this contest of environment friendly practices, which were evaluated by a jury chaired by the General Director of Environment, Moises Borges. According to a note from the Green Project Awards Cape Verde, each of the five categories (Renewable Energy and Energy Efficiency, Initiatives of Community Mobilization, Natural Resources, New Technology Research and Development, Sustainable Tourism and Agriculture) had a jury itself, consisting of one coordinator and three persons of recognized intellectual integrity and academic credibility, science and business.

Turtle Foundation Cabo Verde was announced the winner in the category of Natural Resources. The other finalists in this category were the Banco Commercial Atlantico (BCA Garden project) and Vivo Energy Cape Verde (Sustainable Development in Agriculture). 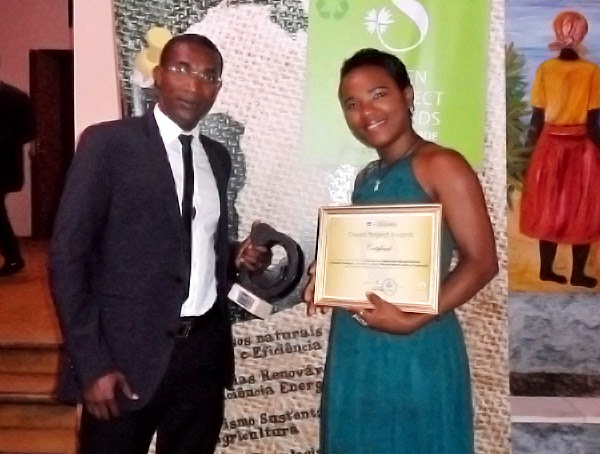 The Cape Verde GPA is a joint initiative of the Ministry of Environment, Housing and Territorial Planning and GCI – a consultant company specialized in sustainability projects and in mobilizing civil society, businesses and non-governmental organizations for sustainability. The GPA program was launched in 2008 in Portugal and has been internationalized in 2011, first coming to Brazil. In 2013, the initiative was launched in Cape Verde and, by the end of this year, will be extended to Mozambique and Angola.

The Turtle Foundation is very happy to be the winner of this great prize, because it constitutes a symbolic win for turtle conservation in general in Cape Verde.