If commemorative days are anything to go by, June is definitely a maritime month. While World Oceans Day, which was officially proclaimed by the United Nations in 2008, was celebrated on 8 June, World Sea Turtle Day followed on 16 June. This falls, of course not coincidentally, on the birthday of the famous forefather of sea turtle conservation, Dr. Archie Carr (1909-1987). Now that there are seven days between these dates and there are seven species of sea turtles, the next move was obvious: several conservation organizations have joined forces to celebrate Sea Turtle Week! Through online campaigns and other events, each day is dedicated to a different species while raising awareness about threats to sea turtles. Please read our Sea Turtle Week posts on our Facebook and Instagram page. Of course, there’s been a lot more going on with us in the meantime; our newsletter gives you an overview. 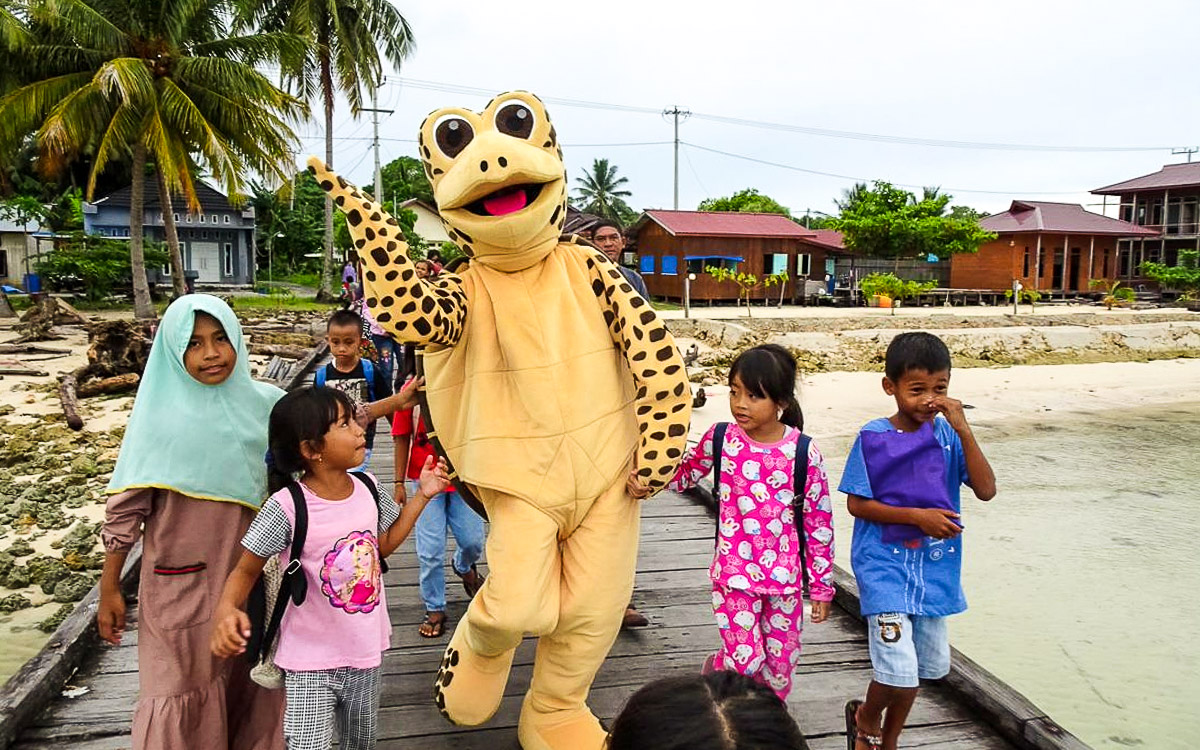 Together with 37 pupils, a series of activities took place around World Sea Turtle Day on Maratua Island in East Borneo. In the village of Payung-Payung, we cleaned the beach and showed the children how to observe turtles in their natural habitat and what to look out for. Our mascot Kimi also educated about the threat to sea turtles and our protection measures. In addition, representatives of the local authorities participated and emphasized the significance of marine protection both for the sea turtles and for the people and tourism, which is important for the development of the region.

Start of the turtle nesting season on Boa Vista 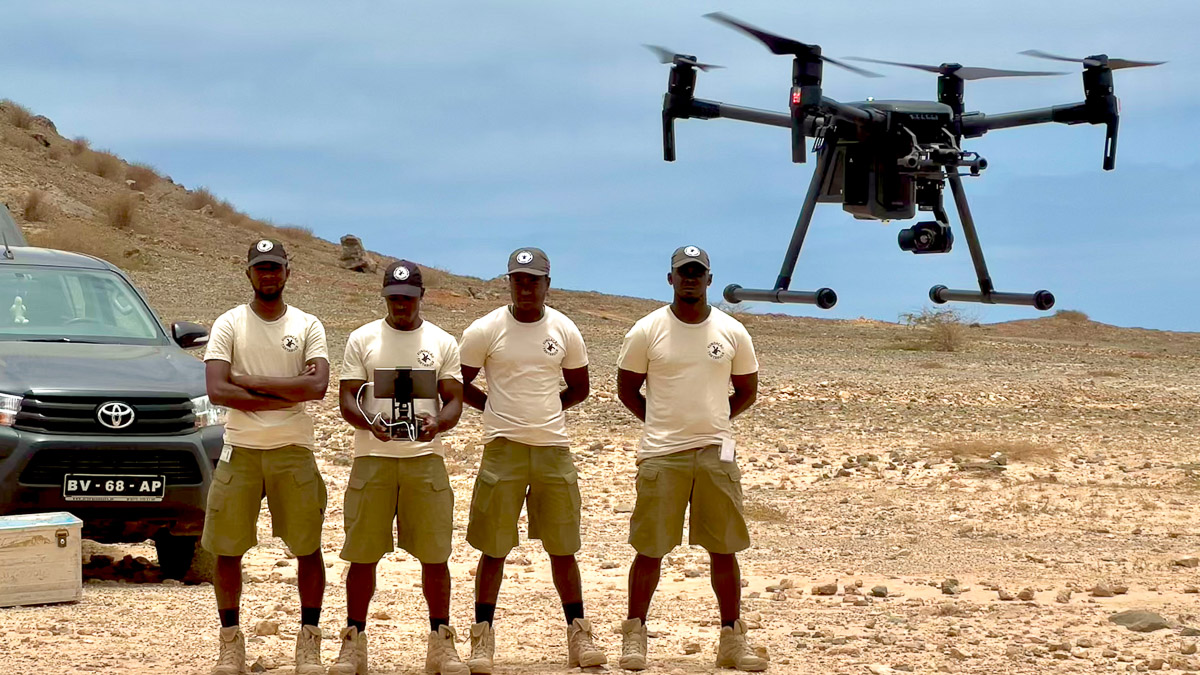 On Boa Vista, Cape Verde, the annual loggerhead turtle nesting season started again in June. Threatened by poaching of nesting females for human consumption, we protect the animals with the help of our rangers and international volunteers. In addition, we support the local conservation authorities and the police with our dog and drone team, resulting in considerable success in controlling sea turtle poaching on Boa Vista. In recent months, the team has received in-depth strategic training and preparation for the upcoming nesting season.

As a result of the integrated conservation measures of all nature protection groups on Boa Vista, nesting female turtles on Boa Vista will be well protected from poaching again this year. We are eagerly awaiting the turtles, but so far, they are rather taking their time. Until today we have counted only about 40 nests on our project beaches – but also some of the previous record years started rather leisurely before fulminant crowds of turtles on the nesting beaches gave our people a lot of work! 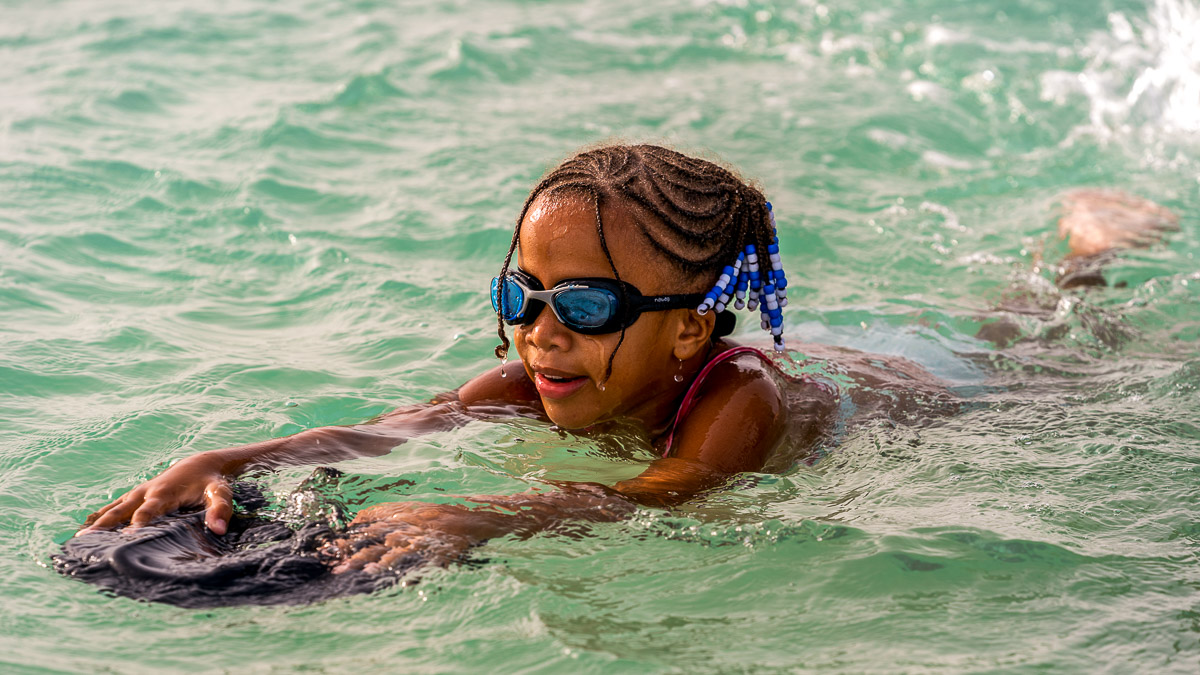 Last year we trained nine Cape Verdeans as swimming instructors to offer swimming courses for the children on Boa Vista. Although Boa Vista is an island in the middle of the Atlantic Ocean, about 80% of the population cannot swim properly and feel reluctance or even fear of the sea.

After the winter break, our courses started again in April. Currently 45 children attend our basic courses and make their first swimming experiences in the water. Another 65 children, who attended the level 1 courses last year, would like to further deepen their swimming skills and are now attending the advanced courses. These courses also include snorkeling excursions to get in direct contact with the underwater world and all its wonderful marine life, and to overcome myths and fears about the various species that occur. In accompanying environmental education units in all courses, we educate about the dangers and threats of our oceans. The project is enthusiastically received by the local population and especially by the children. 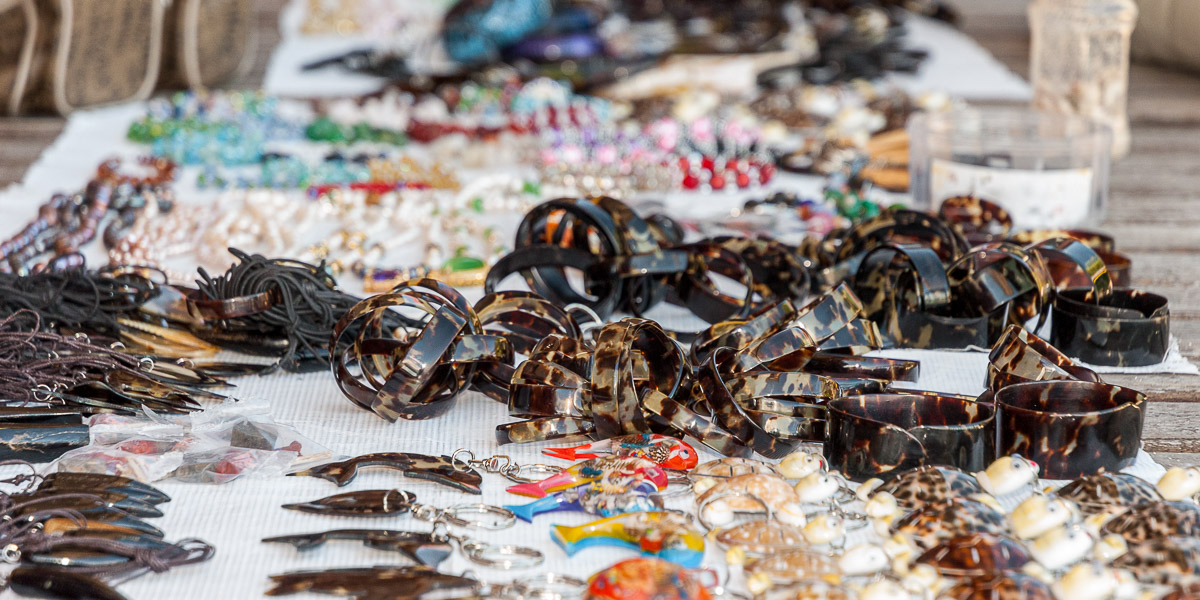 We are pleased to continue our campaign to curb demand for hawksbill turtle shell products in Indonesia. Considered the most beautiful of all sea turtles, the hawksbill turtle is poached for its shell, which is used to make jewelry and souvenirs. It is at particularly high risk of extinction due to decades of massive hunting.

From July 2022, we will focus on the Banggai region on the Indonesian island of Sulawesi, which we have already identified as a hot-spot of the Indonesian turtle shell trade. Here, in cooperation with the local organization AlTo (Alliance for Tompotika Conservation), we are launching a broad-based awareness campaign that actively involves the local people and provides information about both the illegal trade and alternative sources of income. As in 2019/2020, the project will be accompanied by an online campaign that will strengthen public awareness of the issue in the region and portray the wearing of turtle shell products in a negative light. We expect this to result in a noticeable decrease in demand for turtle shell products, and thus an increased likelihood of survival for the exploited local population of hawksbill turtles.