Sea turtles are fascinating creatures: with sure instinct, after long voyages through the world’s oceans, females always return to the very beach where they themselves hatched from the egg. To successfully lay their eggs there again, they need safe nesting sites protected from human development, bright lighting and disturbance by tourists. Most importantly, the fact that sea turtles and their nests continue to be poached on a massive scale despite their need for protection has driven these primitive reptiles to the brink of extinction.

The Turtle Foundation is fighting these threats in Indonesia and on the Cape Verdean island of Boa Vista. We do our best to ensure that the sea turtles can nest undisturbed and that their nests are not plundered. This is the only way that enough eggs can hatch again and make a safe journey from their nest to the sea.

The return of the leatherback turtles on Sipora

After worrying last year that the population of leatherback turtles nesting on the Indonesian island of Sipora had now finally been wiped out, there was reason for hope at the beginning of the year: nine nests were laid again between January and March! Even if this number seems small, it has great significance for the remaining nesting population of leatherback turtles in the eastern Indian Ocean.

On Sipora we work especially closely with the local population because the nesting beach belongs to a village and is not located in a nature reserve. Therefore, it is particularly important here to take a participatory approach to turtle conservation together with the villagers. Our contribution to village development this year is the renovation of the dilapidated elementary school. 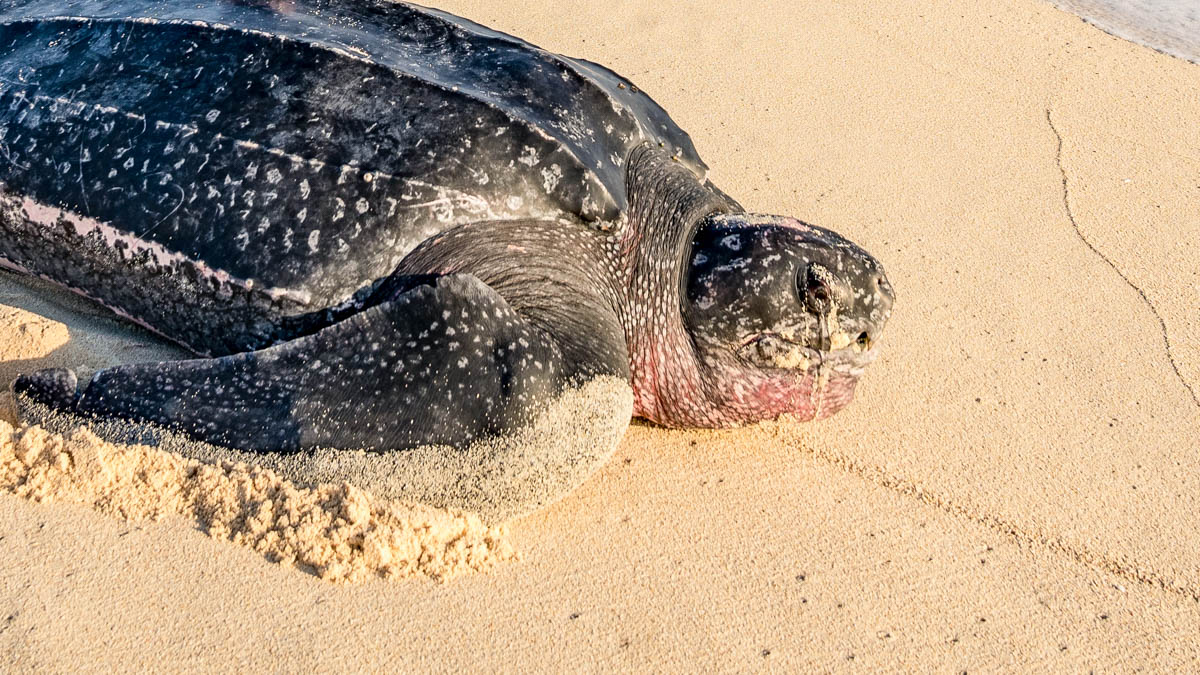 At the beginning of February our new project started on the uninhabited island of Selaut Besar off the west coast of Sumatra. In addition to the leatherback turtles, green sea turtles and hawksbill turtles, which are particularly endangered due to the turtle trade, also nest here. Together with our project partner EcosystemImpact and supported by the lighthouse staff, we were able to build a simple infrastructure for our rangers on the remote island, which is an outpost of the Indonesian territory. Unfortunately, the location of the island did not provide protection for the turtle nests, as passing fishermen invariably collected the eggs. By monitoring the beaches year-round, egg theft has now ended, and the sea turtles native to Sumatra have a chance to escape extinction. 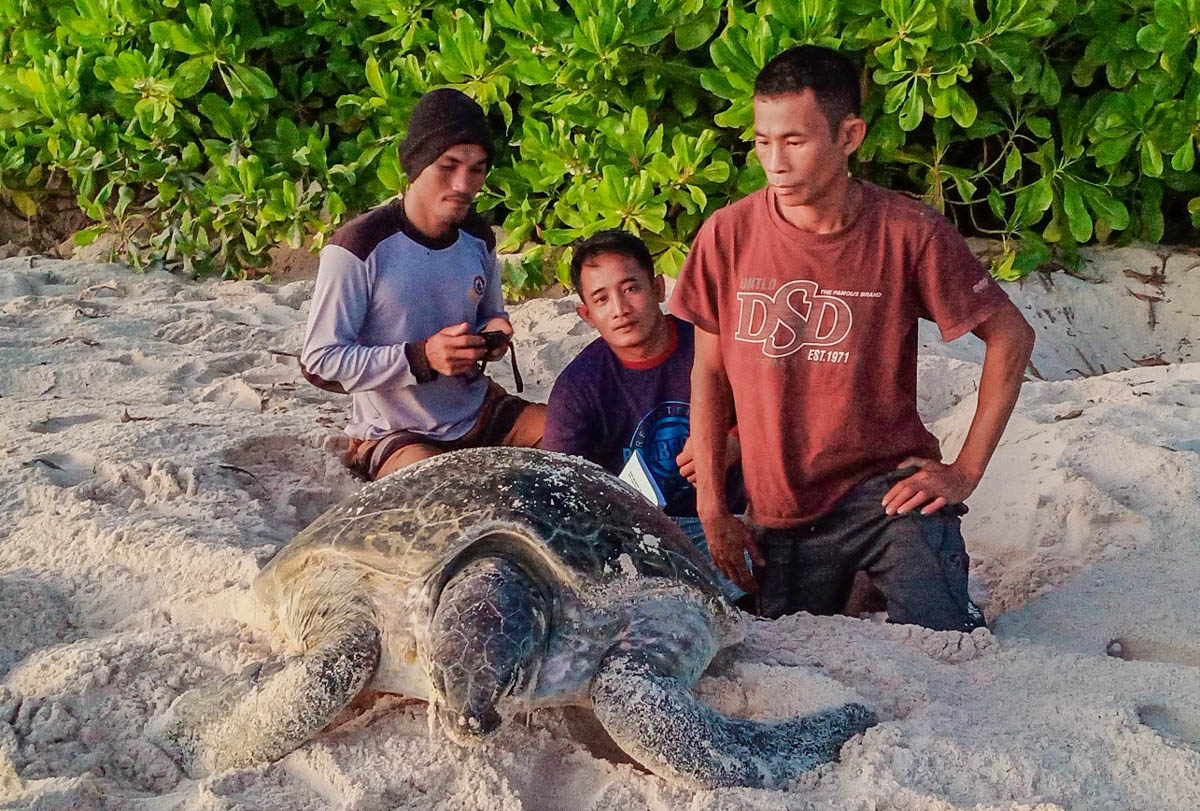 Dogs and drones in the fight against poaching

In June, the loggerhead sea turtle nesting season began on the Cape Verdean island of Boa Vista. In addition to the “classic” beach protection through night patrols, we have a special team in action on Boa Vista, which uses drones and the two species protection dogs Kelo and Karetta to fight against the cruel killing of the nesting females. This year, for the first time, the drone team succeeded in catching two turtle poachers in the act. The perpetrators were apprehended by the police who were called in and later sentenced to fines. When international flights to Boa Vista resumed in September after a Corona break of almost two years, the training of the special unit could finally continue. Kelo and Karetta are now learning to follow human tracks (known as man-trailing) in addition to searching for turtle meat and other remains of poached turtles. 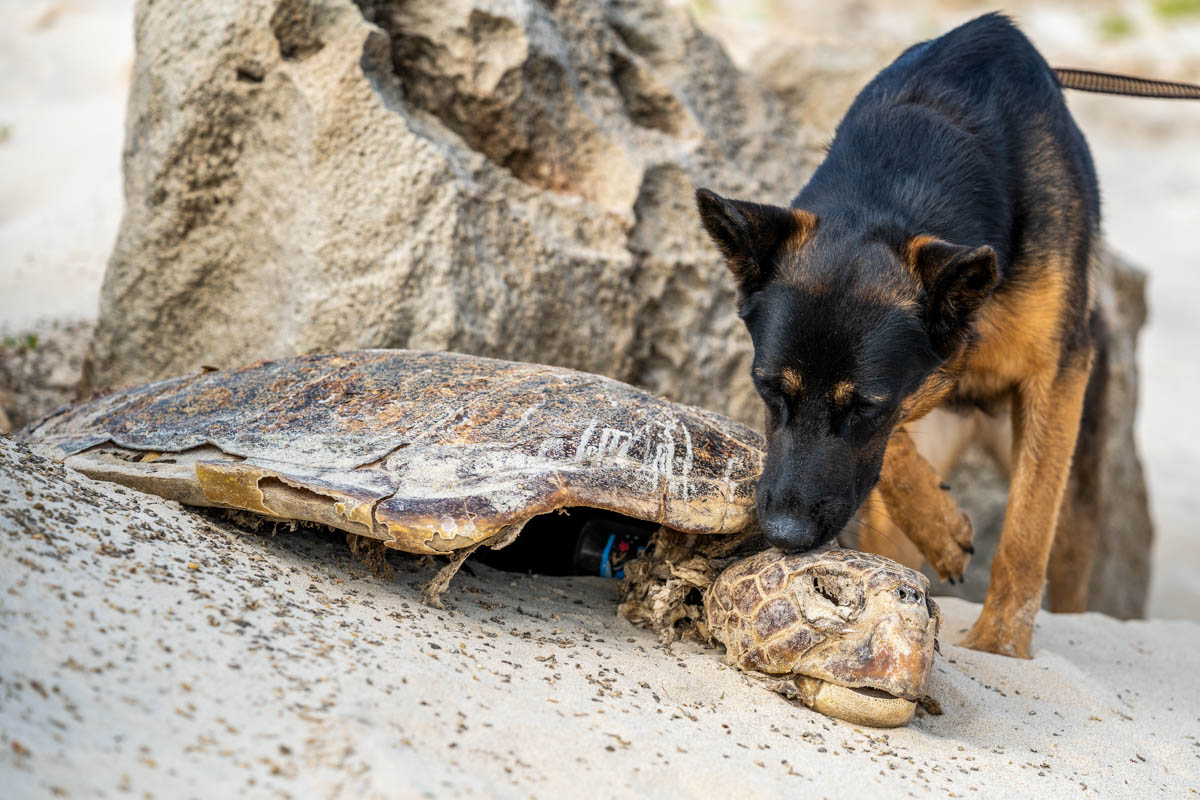 The Derawan archipelago in the Indonesian district of Berau is home to the Turtle Foundation’s oldest conservation project. We have been active here since our founding in 2000 and are currently protecting the two islands of Belambangan and Sambit – the last of the previously unprotected green sea turtle nesting sites in this area. The biggest problem there was the illegal collection of eggs, which poachers resold as an expensive delicacy. This year, from January to the end of September, about 3,500 nests of green sea turtles were protected and thus, an estimated 280,000 hatchlings could be given a safer start in life! 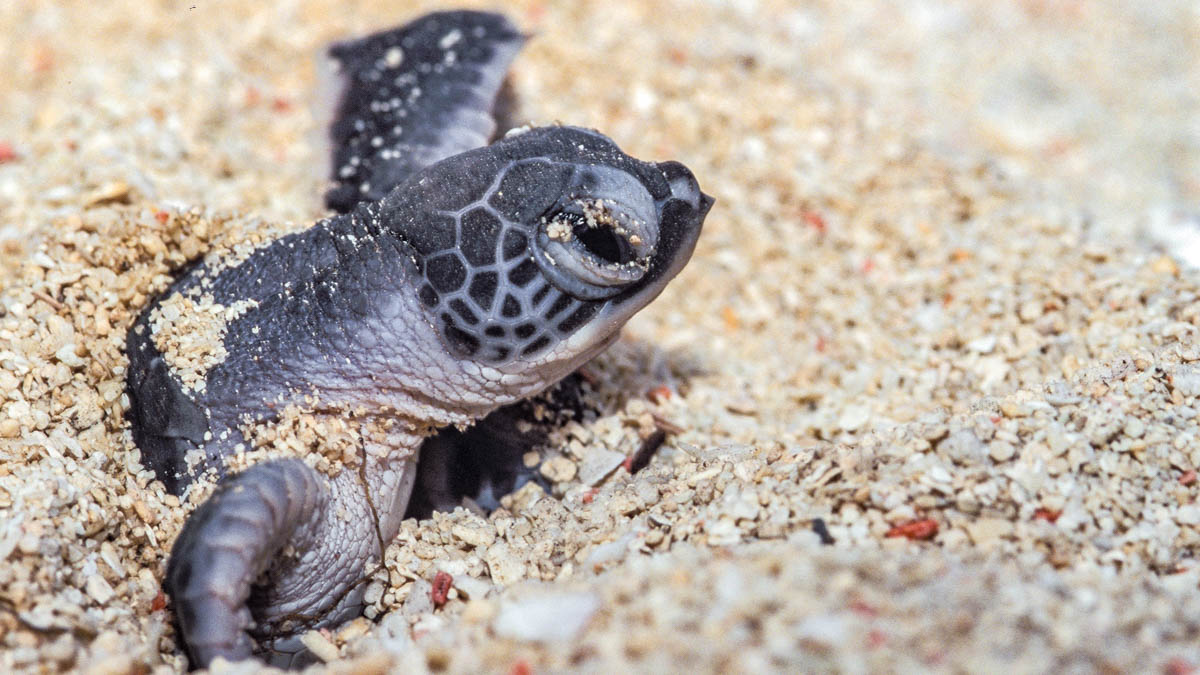 End of the record season on Boa Vista

No one expected this: after starting rather leisurely, the loggerhead turtle nesting season on Boa Vista has come to an end with a new record number of nests! Over 28,000 nests were laid on our project beaches by the end of October! We are especially happy that this year our rangers were again actively supported by some volunteers, after the volunteer program had to be suspended last year due to Corona. We would be all too happy to say that the sharp increase in nest numbers is a success of our conservation efforts over the past few years, but it is still too early to determine a permanent increase in the population. Too many factors that have not yet been adequately researched are at play. We will address this exciting question in more detail in our detailed annual report, which will be published in early 2022.