After the extensive preparations in the months before (“After the season is before the season!”) in June we started to erect our field stations on the turtle nesting beaches to be protected by us in 2017 on Boavista. This time we were particularly challenged, because instead of three camps so far, we had to build five full-fledged beach camps!

A big challenge was the delivery of new material by ship container from Germany to Boavista. It was not only the logistics of material procurement and loading, but also the bureaucracy in Germany and on Boavista. After the container arrived on Boavista on 3 June, it took almost two weeks for us to finally bring it to our warehouse and to access the material! 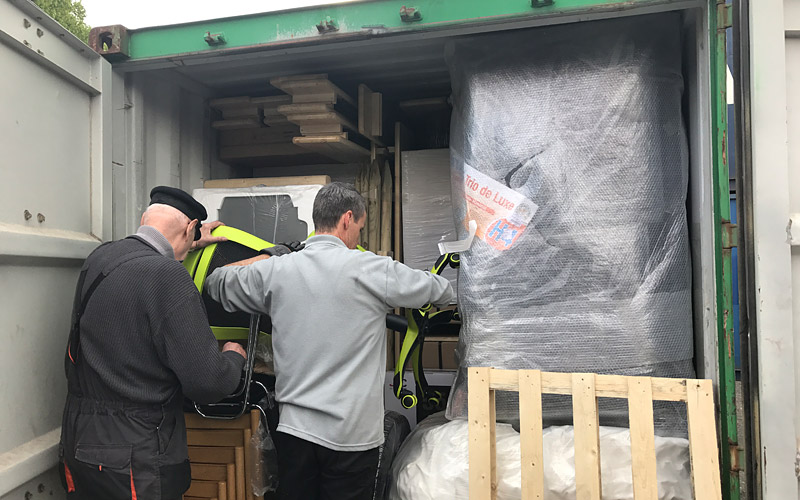 End of April in Germany: Last actions on the tightly packed material, afterwards the container was sealed and started its long journey from Cologne to Boavista. 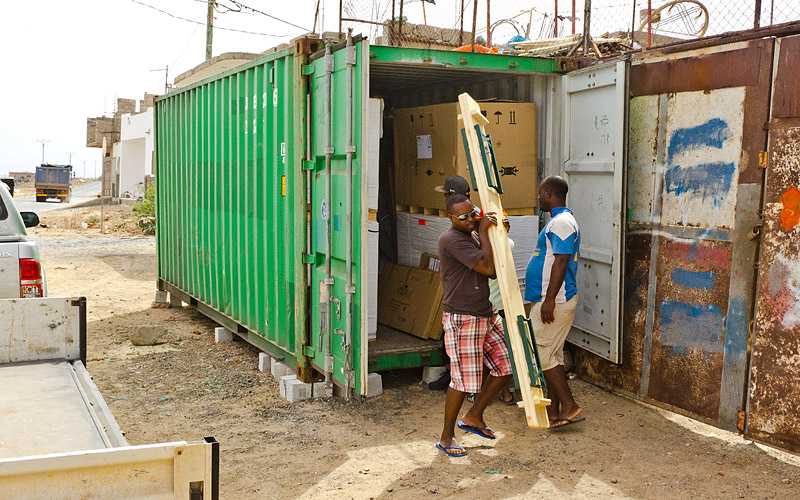 Finally: On 15 June we were able to collect our containers from the customs in the port of Boavista and it was delivered to our warehouse.

Luckily, however, we were able to start with the construction of the camps already with existing material. We started on the 1 June, much earlier than usual, with Camp Canto in the Northeast, followed by the Lacacão camp in the south on 10 June, and Boa Esperança camp on 15 June in the Northwest. We then continued with the camps that we operate this year for the first time: Cruz do Morto on 21 June and finally Curral Velho on 30 June. 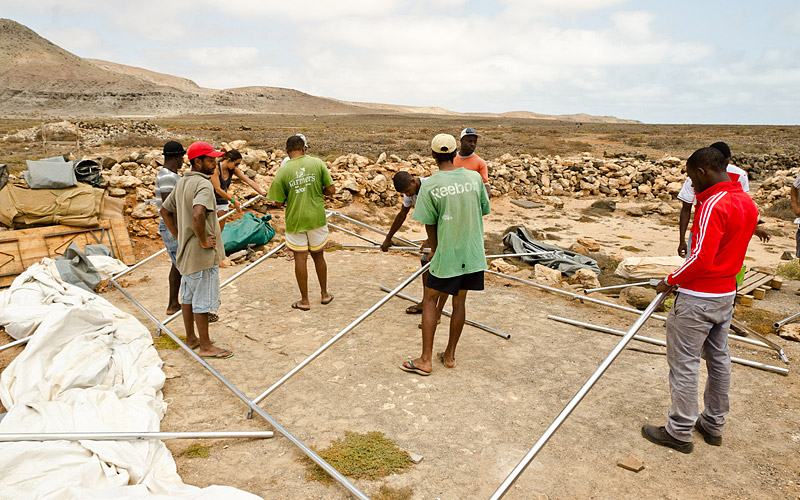 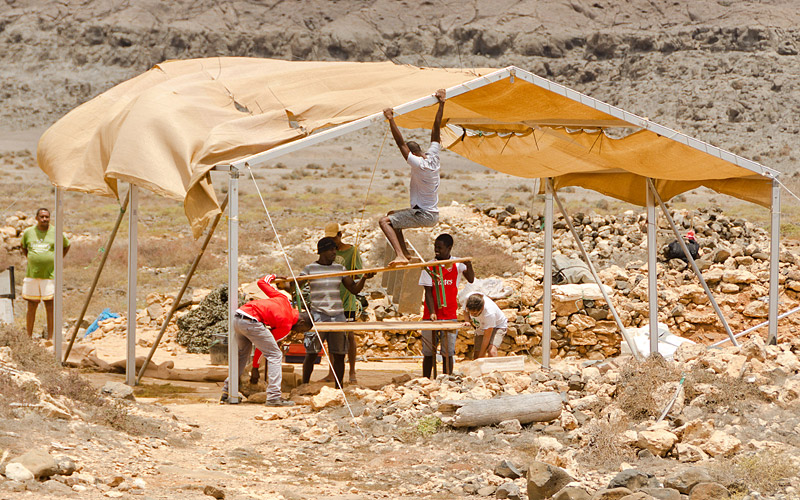 Camp Canto. Top: Assembling the tent. Bottom: For constructing of the community tent some acrobatics were necessary. The picture at the top of the page shows an aerial photo of the almost finished field station Canto. 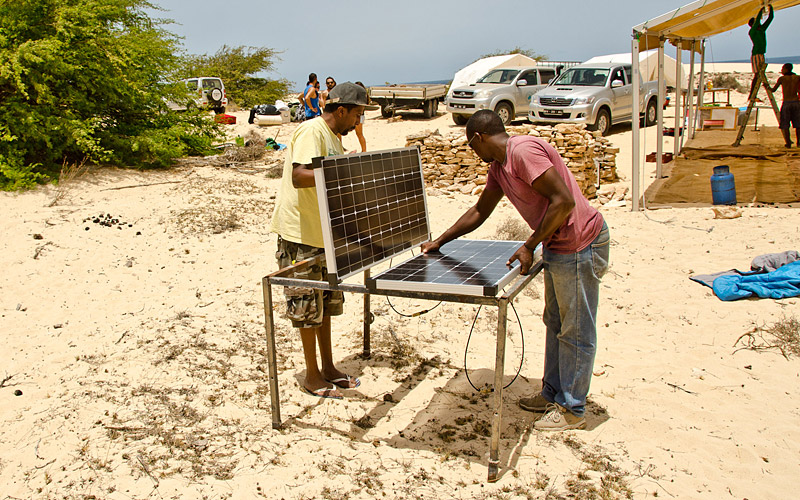 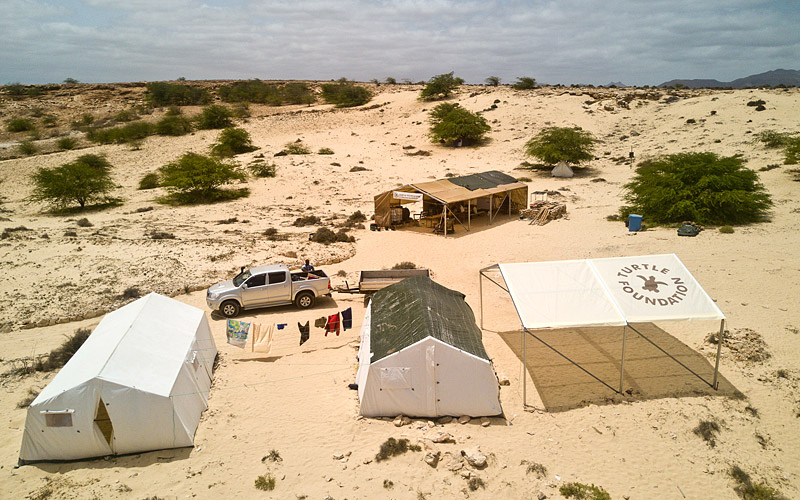 Camp Lacacão. Top: Assembling the solar generators for the environmentally friendly electricity supply of the camp. Bottom: Lacacão was the first camp with our new logo shades! 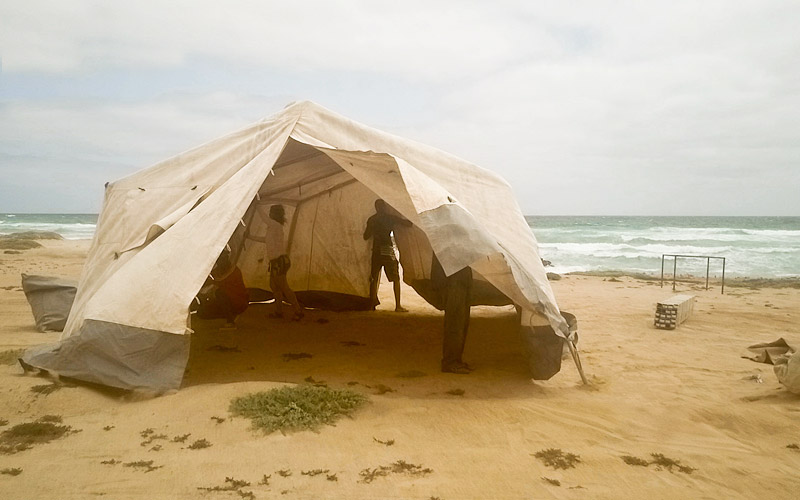 The strong north wind on the beach of Boa Esperança was not really helpful for the setup of the tents. 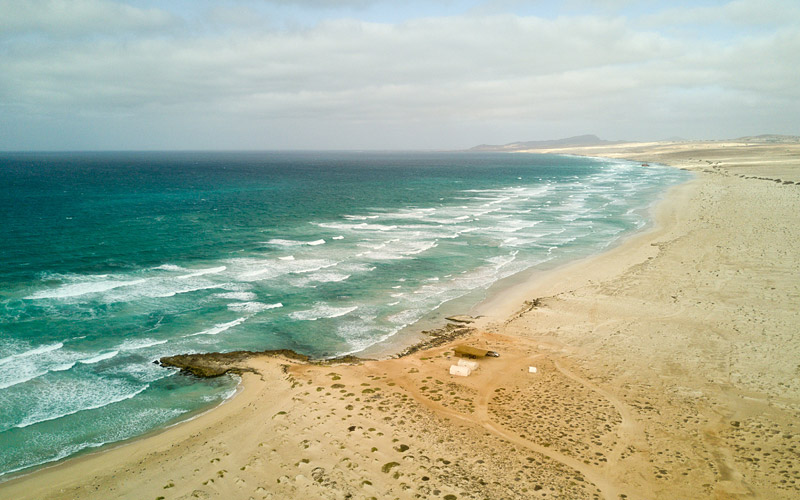 Camp Cruz do Morto is located on a stretch of beach between the Canto beach in the Northeast, which we have been patrolling for years, and the eastern beaches at Porto Ferreiro, guarded by Natura 2000. The beach Cruz do Morto (“cross of death”) could until now not be protected by any organization for logistical reasons, and unfortunately there was an intolerable accumulation of poaching events, especially in the last year. We are therefore very glad that we finally have the opportunity to close this protection gap. 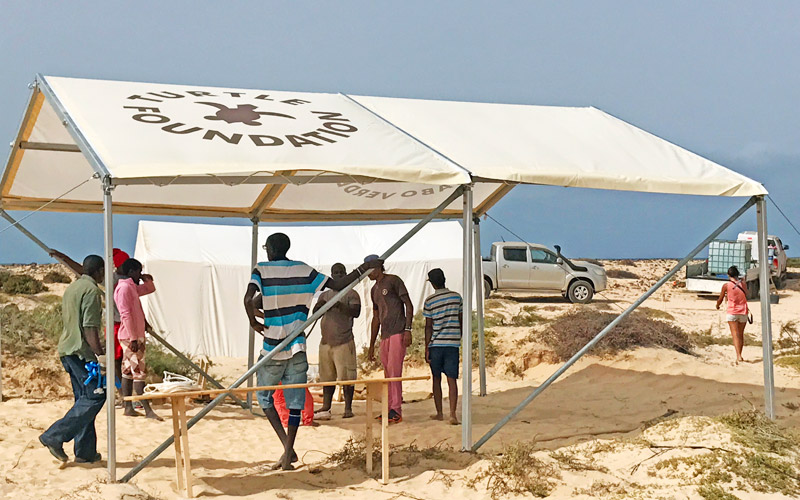 The new camp at the beach of Cruz do Morto, from which our teams will now patrol the adjacent beach. 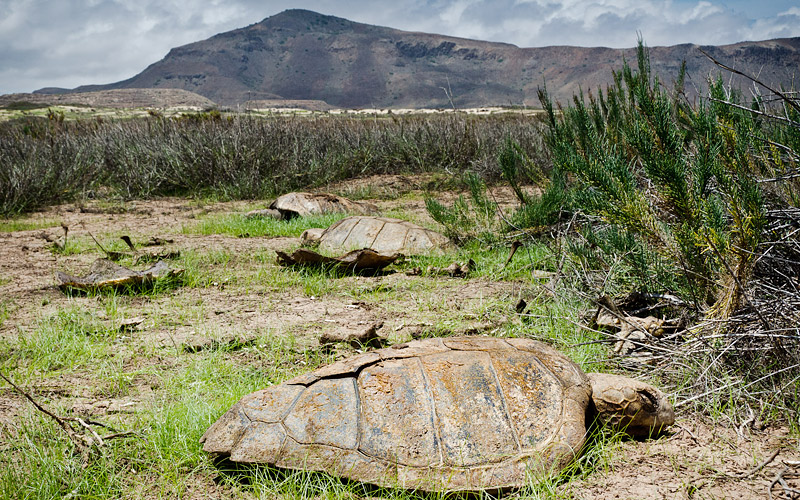 Turtles slaughtered by poachers on the beach of Cruz do Morto in 2016. We are now hard working for not seeing those pictures anymore there!

The new Curral Velho field station is located at the north-eastern end of the beach of Curral Velho, which was beforehand included in the patrol program of Camp Lacacão. Since this beach is very long and our patrol teams were often engaged in guarding the numerous turtles nesting in the middle part of the beach, the northern area was not always given the necessary attention, which resulted in several poaching attempts. For that reason, already last year we had a provisional overnight accommodation for rangers there, which this year has been replaced by a fully equipped field station. 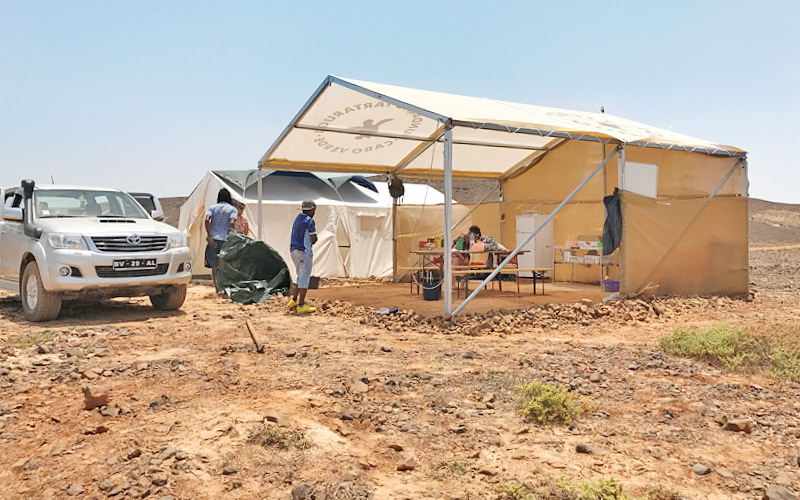 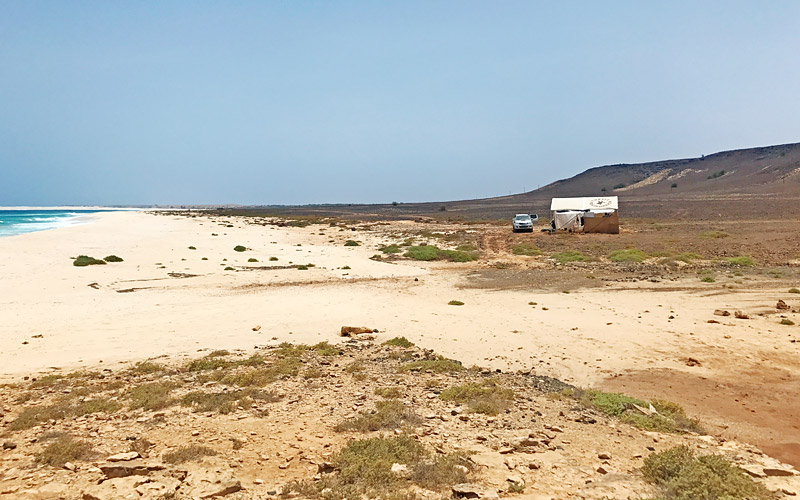 The Curral Velho field station is one of our most remote camps on Boavista.

The operation of five camps now instead of three camps in previous years of course considerable increases our logistical and personnel efforts on the ground. On top of that, while actually we were expecting fewer turtles this year after the record year 2016, we have a surprisingly high number of nesting turtles on the beaches now. The nesting season 2017 on Boavista gives us all hands full!