A few days ago was one of our teams on Boavista, which did the daily counts of nesting activities of the night ago (“morning census”) on the beach of Curral Velho, found a disoriented loggerhead sea turtle female that wandered around aimlessly in the dunes far from the sea. Obviously, after nesting in the last night this turtle did not find its way back to the sea.

To get lost in this way usually ends fatally for the turtles because the increasing heat of the day and the midday sun will eventually heat up and wither the animals. Therefore, the team immediately called other members of Lacacão camp for help, and with combined effort they and carried the heavy turtle to the beach. To avoid a dangerous temperature shock, the turtle was first carefully cooled with water before she was allowed to walk the last steps to the sea alone. Somehow weakened from the struggle during the past hours, the impressive animal at first turned a bit hesitantly towards the sea, but then quickly disappeared in the breakwaters.

Many thanks to our Lacacão team for its great effort and dedication!

Under natural conditions such extreme cases of disorientation on the beach occur only rarely. However, it happens much more to turtles coming ashore for nesting near illuminated human constructions. For their return to the sea after nesting, turtles orient on the shine of the sea making generally brighter than the landwards side of the beach. If light from the buildings is not properly shielded it will distract the turtles from finding their way back to the sea. We often experience this situation in front of the Riu Touareg hotel at the beach of Lacacão, which is brightly illuminated at night. 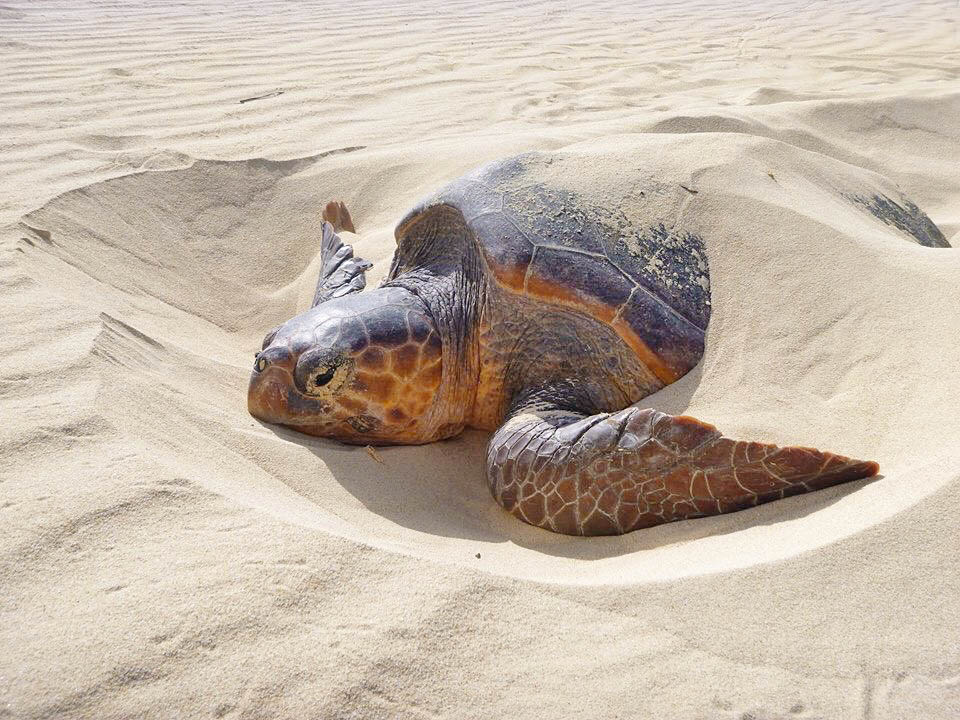 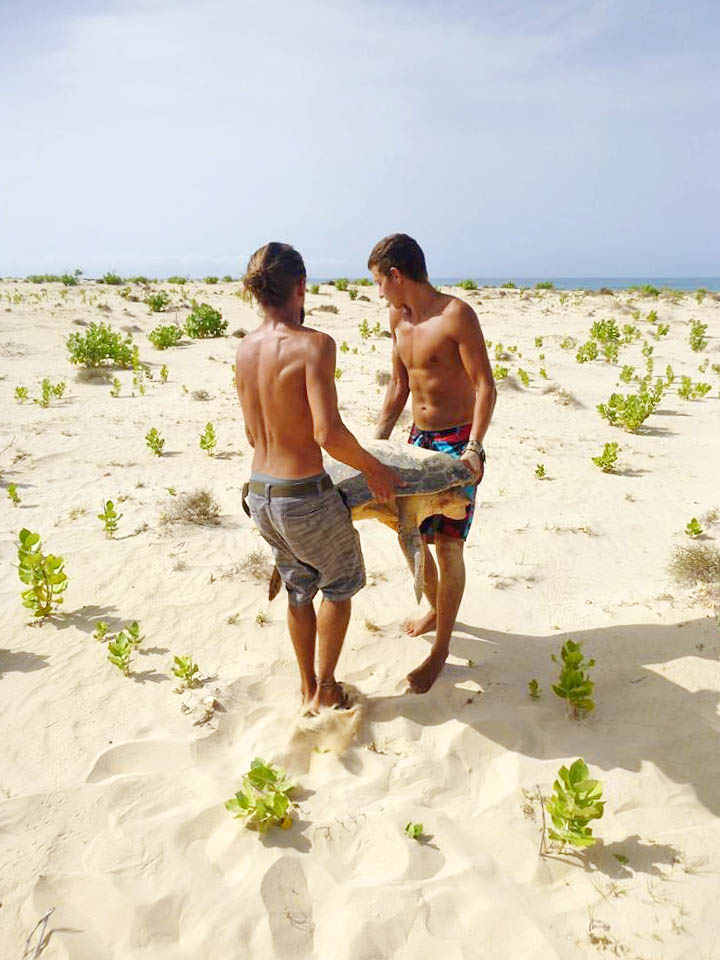 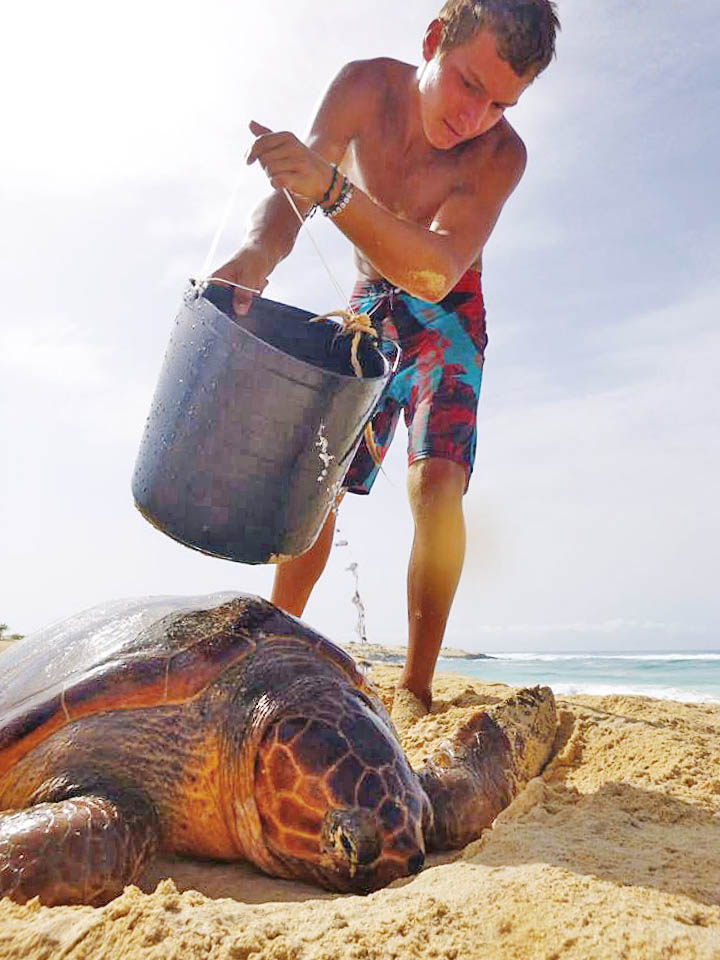 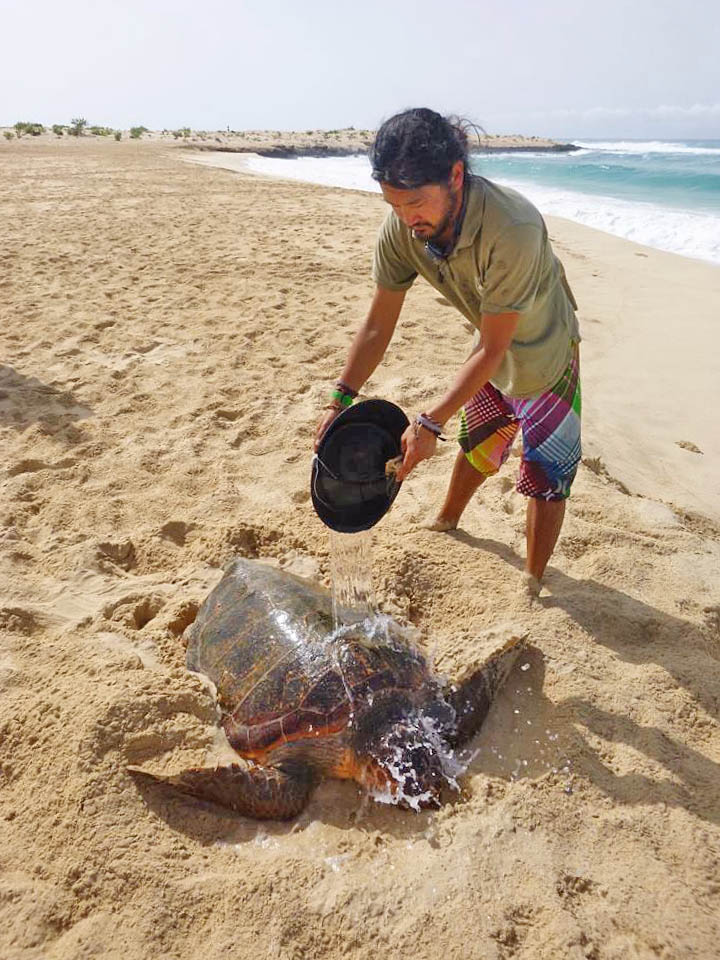 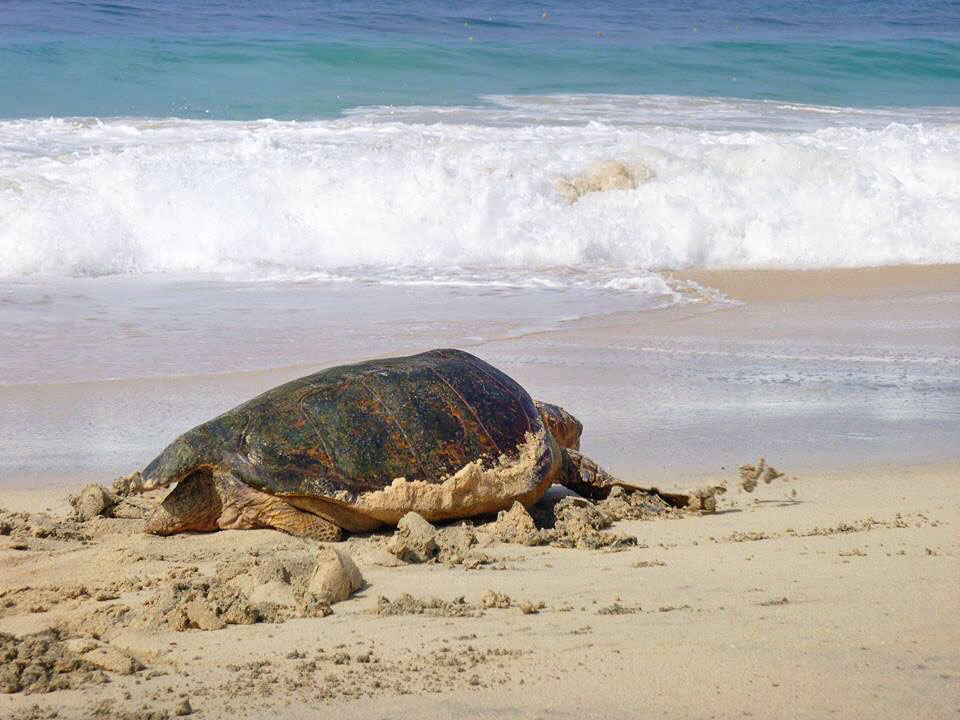