Looking at the run-down walls of the main square in Sal Rei, we decided it was time to repaint an old mural we had done in 2008 in front of the kid’s corner, this time with an image of underwater-sea-life with sea turtles, fish, corals etc to remind everyone of the beauty and importance of the incredible marine biodiversity of Boa Vista.
To do this, we collaborated once again with our artistic mentor, Titu Ramos, a local artist who has worked with us many times before, the participants of the Turtle Foundation Ranger Training – Márcio, Ronny, João and Énio, and a group of school kids. And it was a lot of fun!

After preparing the wall during the week before and giving it a bright blue coat in the morning of Saturday the 17th of December, Titu and the school kids got started by drawing the images with a pencil on the wall and colored them afterwards. All the participants seemed to have a lot of fun and the process of painting the wall only got interrupted by the occasional paint-fight between the kids. All the kids got a little present at the end of the activity and some of them were already asking the next day when we are going to do the next painting.

Now the main square in Sal Rei is more colourful and cheerful again, we hope this mural will not only make the square look nicer, but also pass on an important message, which is also our slogan – “Protejamos as tartarugas – junte-se a nos” – “Lets protect the sea turtles – join us!”.

For now, we just have to find the next wall and the right image… 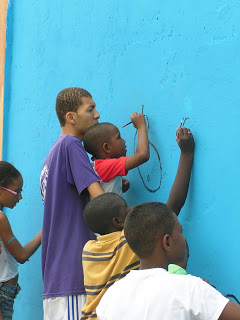 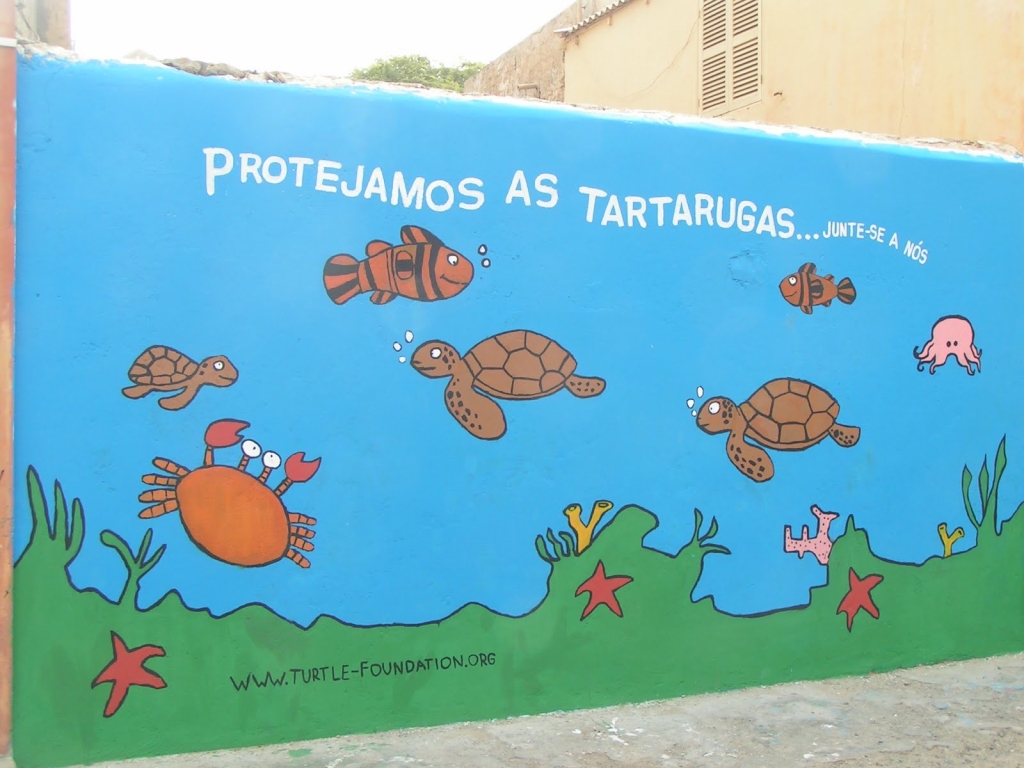