The turtles living today don’t have teeth. Turtles have, of course, evolved from toothed ancestors, but it is also known from research on their developmental biology and from investigations of fossils that turtles lost their teeth a very long time ago. Up to now the “youngest” known toothed turtle lived about 190 million years ago, at the beginning of the Jurassic era, when the dinosaurs had just emerged from their evolutionary adolescence, and the primeval super continent Pangaea had just begun to break apart. At that time, turtles already had been established members of a prosperous paleofauna.

Recently, however, an international research team including scientists from the University of Tübingen, Germany, discovered a considerably younger toothed turtle fossil in the Chinese desert province of Xinjiang. This animal lived about 160 million years ago in the outgoing Jurassic, which was the first real flowering period of the dinosaurs. Despite that developing a toothed mouth into a sharp beak occured much earlier in the evolution of turtles, this new fossil turtle showed genuine teeth in its palate, 30 million years more recently than previously discovered fossils. This discovery led to the animal’s scientific name Sichuanchelys palatodentata, which literally means “Sichuan Basin turtle with the toothed palate”. 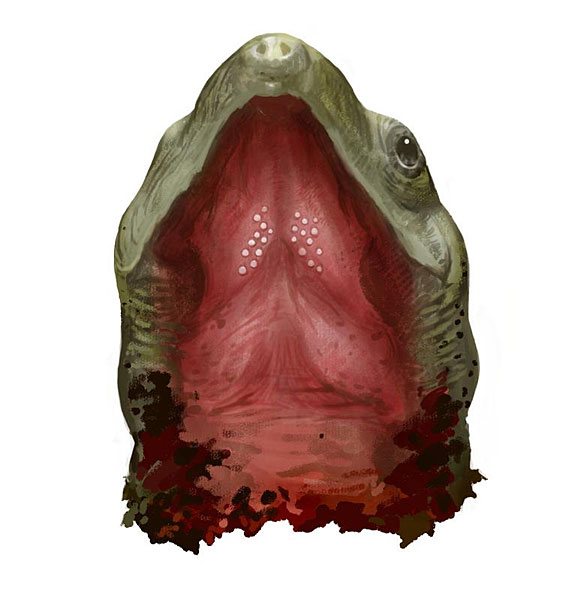 The most well-known vertebrate animals without teeth, but, like the turtles, equipped with sharp beaks, are the birds that have emerged from toothed predator dinosaurs. After all, the oldest known bird ancestor, Archaeopteryx, living about 150 million years ago and thus younger than Sichuanchelys, still had a decent dentition. This leads us to the interesting question why some large and very successful groups of vertebrates have lost their teeth, which seem so necessary and vital to us, and replaced them with a beak instead. 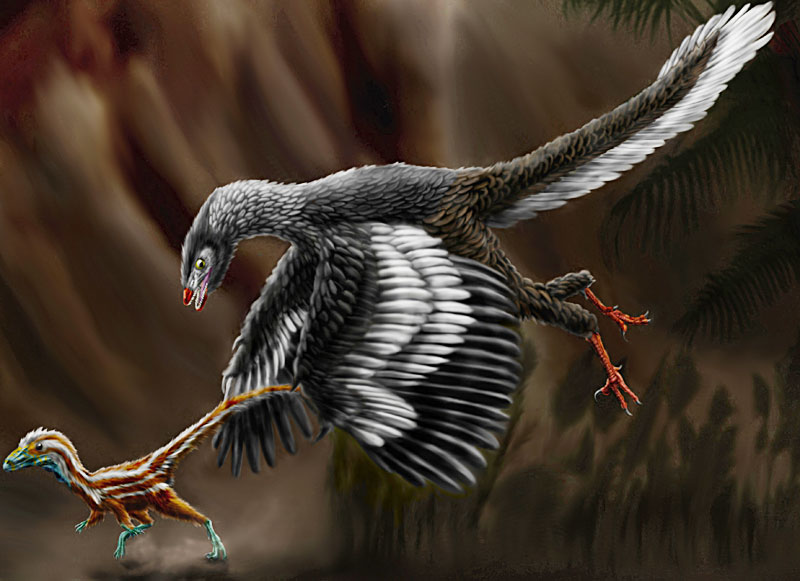 For us humans and for a large number of other mammals, it is normal behavior to chew food thoroughly. Chewing considerably facilitates and accelerates digestion especially of vegetable food, because food is not only efficiently broken up, but also digestive enzymes are added already before the food hits the stomach. It is indeed mandatory for these warm-blooded, energy demanding animals to quickly allocate the food’s internal resources to fuel their fast metabolism.

Most reptiles however, even those with robust teeth, do not much bother with extensive chewing: Their teeth are just used to grab the food, which usually consists of other animals, and to tear out chunks just small enough to swallow if the prey is not being wolfed down whole. If one takes a closer look at the teeth of, e.g., a crocodile, it becomes obvious that its teeth can not do much more: All its teeth are conical, pointed, and pretty much look the same. They are far away from showing the differentiation in incisors, fangs, and molars that is common for mammals, which have even more specialized tooth morphology in certain groups like rodents and ungulates. 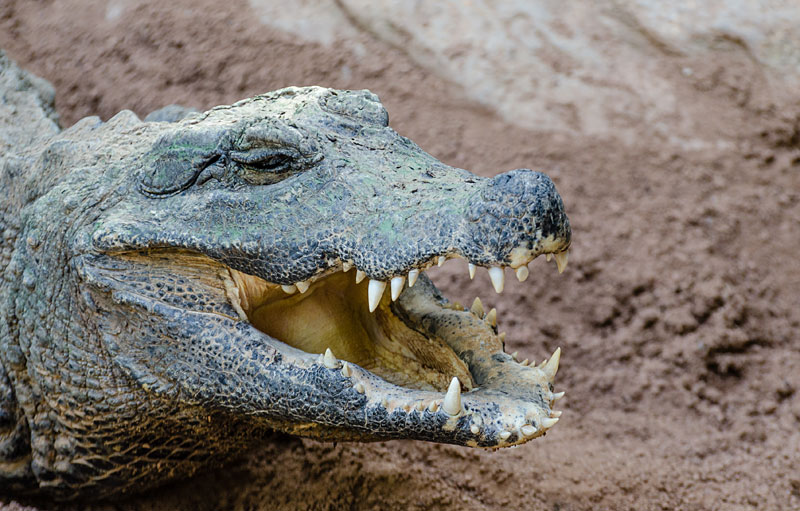 The dwarf crocodile Osteolaemus tetraspis shows the uniform (homodont) dentition that is usual for most reptiles. (Image: Wikipedia)

A beak, however, can do more than a typical reptile style dentition: It can cut or break out handy sized pieces of food very precisely. In addition, beaks are very adaptable tools which can quite quickly change over time, at least considered in evolutionary terms. This way new food sources can be utilized which animals with only conical teeth would have more problems; this includes, e.g., hard-shelled food such as mussels and crabs, which some sea turtle species easily crack with their sharp and powerful beaks. 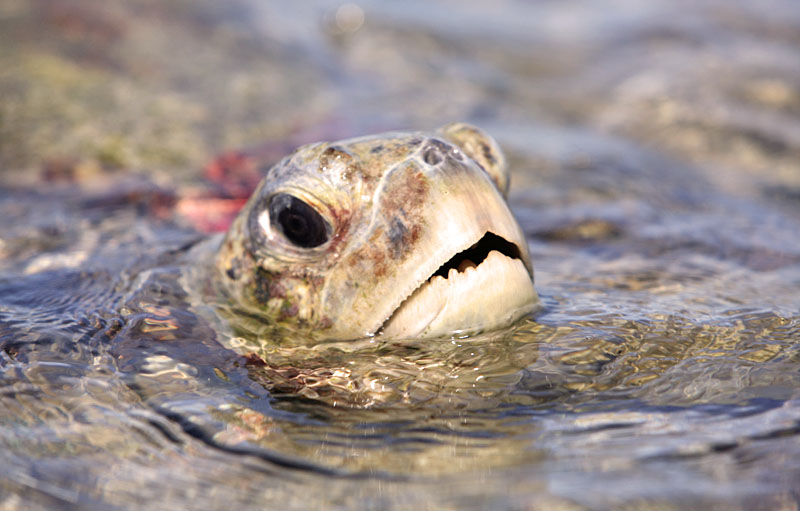 Ultimately, for now we can only speculate why the turtles have lost their teeth in the course of their long developmental history while becoming so successful with this situation. The evolution of these animals, which among many other species created our loved and now threatened Wanderers of the Seas, is a fascinating chapter in the history of life, which we will open again every once a while in upcoming newsletters and blogs.

For further information on the new discovery of the toothed turtle please visit this page of the University of Tübingen (text in English): https://www.uni-tuebingen.de/en/newsfullview-landingpage/article/noch-vor-160-millionen-jahren-hatten-schildkroeten-zaehne.html