In Europe, a summer that was far too dry for our standards is now coming to an end. Man-made climate change is showing its frightening symptoms. But did you know that the sea turtles we value so highly are also directly threatened by excessively high temperatures and climatic changes? In fact, the temperature in the nest influences the sex of the embryos: the higher this temperature is, the more female turtles develop. It is already thought that there is an imbalance in the sex determination of newly hatched sea turtles worldwide. In addition to other threats, this could have a negative impact on the total population in the long run. Fortunately, however, we have also been able to compile some good news for you, giving you another insight into our daily work.

Nesting season on Boa Vista draws to an end

At our partner Fundação Tartaruga on the Cape Verdean island of Boa Vista, this year’s nesting season of the loggerhead turtle (Caretta caretta) is coming to an end. Although we are nowhere near the nesting numbers of the record-breaking year 2021, we have counted 3,988 nests so far, of which 210 have been transferred to two guarded hatcheries. But the season is not over yet. We hope that a few more nests will be added by the end of October. Did you already know? You can check the current status of our nests and hatchlings on our Project Boa Vista webpage. Just follow the link to receive regular updates from Boa Vista.

We are also very happy to report that after the pandemic-related restrictions, the willingness to support our project by volunteering in one of our camps has returned to its former level. A total of 44 international volunteers have been involved in turtle conservation this nesting season together with our ranger teams. 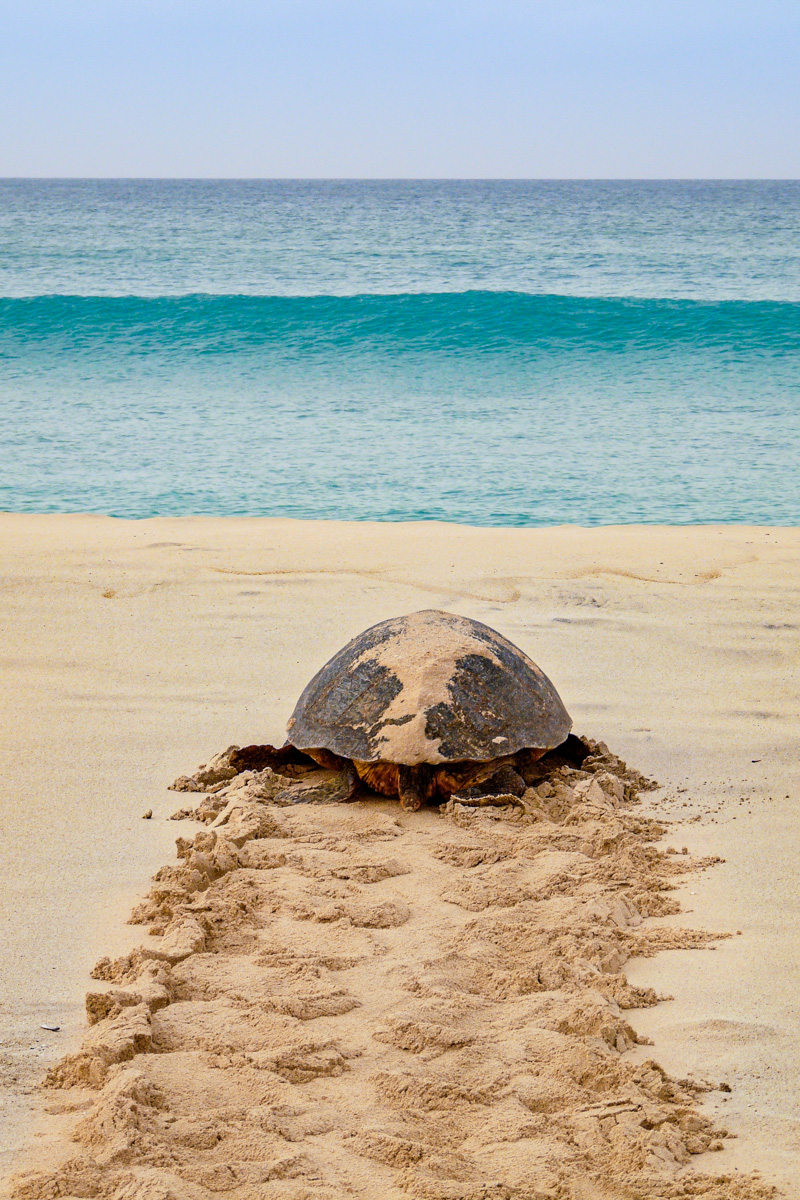 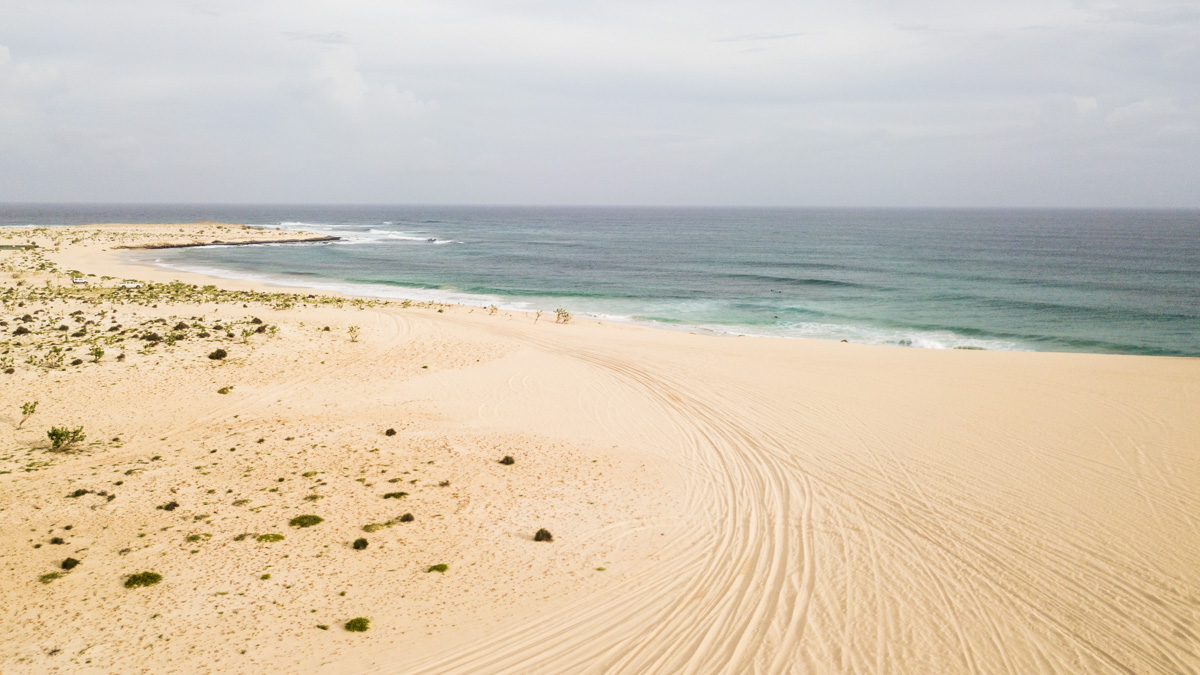 With the end of the COVID restrictions in Cape Verde, tourists have returned alongside the volunteers. This sometimes has serious consequences for the turtles. In the course of the season the demand for turtle-watching tours had increased. By this, the beaches directly near the water were regularly frequented by cars, regardless of established prohibition zones. The dramatic consequence: females are directly disturbed while laying their eggs and if the worst comes to the worst can even be run over. Besides, nests can be destroyed, and pollutants can harm the sensitive ecosystem. Compressed soil caused by driving can also make it more difficult for the young turtles to hatch. Thanks to the persistent efforts of our local team and its urge towards the responsible authorities, we got the permission to block the illegal paths across the dunes with massive stones. This way we could start to put an end to it. 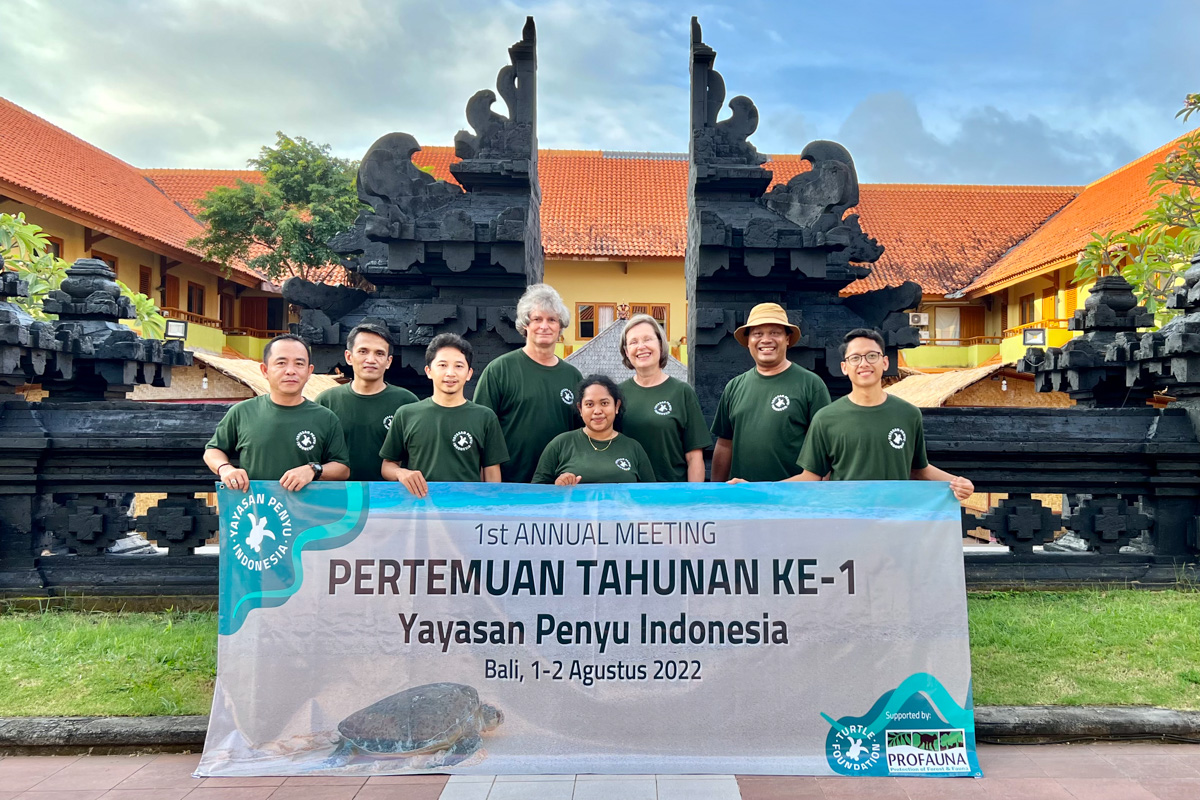 At the beginning of August, the time had finally come: On the occasion of the project launch in Banggai (Central Sulawesi), the project management and the board of directors met for the first time at the Yayasan Penyu Indonesia (YPI) office in Bali for an annual meeting. The specialty about it: since the founding of YPI in 2018, this was the first meeting where both the project leaders from Sumatra and Berau, as well as the management and the German board members met in person. The agenda included detailed project-related meetings and discussion of strategies for a better future for sea turtles in Indonesia. In addition to the meeting in Bali, on-site appointments in Central Sulawesi were also on the agenda. The goal of the 18 months lasting anti-turtle-shell project is to noticeably reduce the demand for products made from the hawksbill turtle’s corneous plates of their dorsal shell and thus contribute to the survival of the sea turtle, which is threatened with extinction.

News from the international office

In July, the Cologne office of the Turtle Foundation got support for all marketing and communication topics. Jana Saure joined us as a new employee, together with her rescue dog Peanut, to support us in the strategic work of all marketing and public relations measures. But that’s not enough: Kimi, our mascot, which recently celebrated World Sea Turtle Day in Indonesia, also found its way to Cologne and will be present at upcoming campaigns as a sympathetic figure with a shining smile. 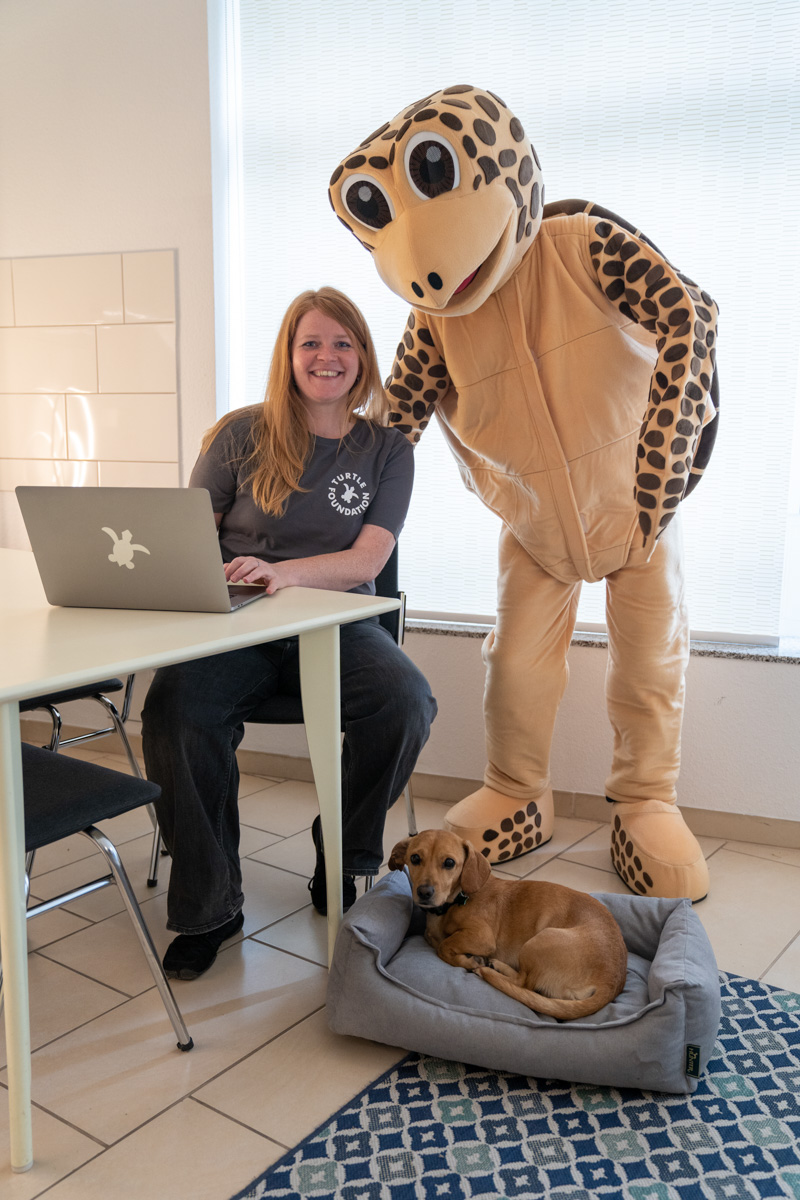