A story from Indonesia: Markets in Manado, the capital of the province of North Sulawesi, are notorious for the various bushmeat, despite most of the sold animals are endangered and protected by Indonesian law. But there is hope, too. People like Filemon Hosea openly show their disagreement and – despite being assaulted by the vendor – report cases like this one to the police.

Filemon went to the market of Tuminting, Manado on 25 June 2016 evening to do some shopping for him and his family. He came across a booth where body parts of a protected female sea turtle (olive ridley sea turtle, Lepidochelys olivacea) were openly offered. Filemon estimated the turtle weighing about 20 kg although the turtle already has been cut to pieces. He started an increasingly heated debate with the vendor who did not feel guilty in any respect and even began to threaten Filemon. Filemon finally went to the local police, which turned out to be cooperative and started to search for the vendor. For the sake of the endangered nature and wildlife we hope very much that there are more brave people like Filemon out there.

The case was also reported in the local news(article in Indonesian language):
http://www.cendananews.com/2016/06/penjulan-penyu-dilindungi-sudah-sering.html 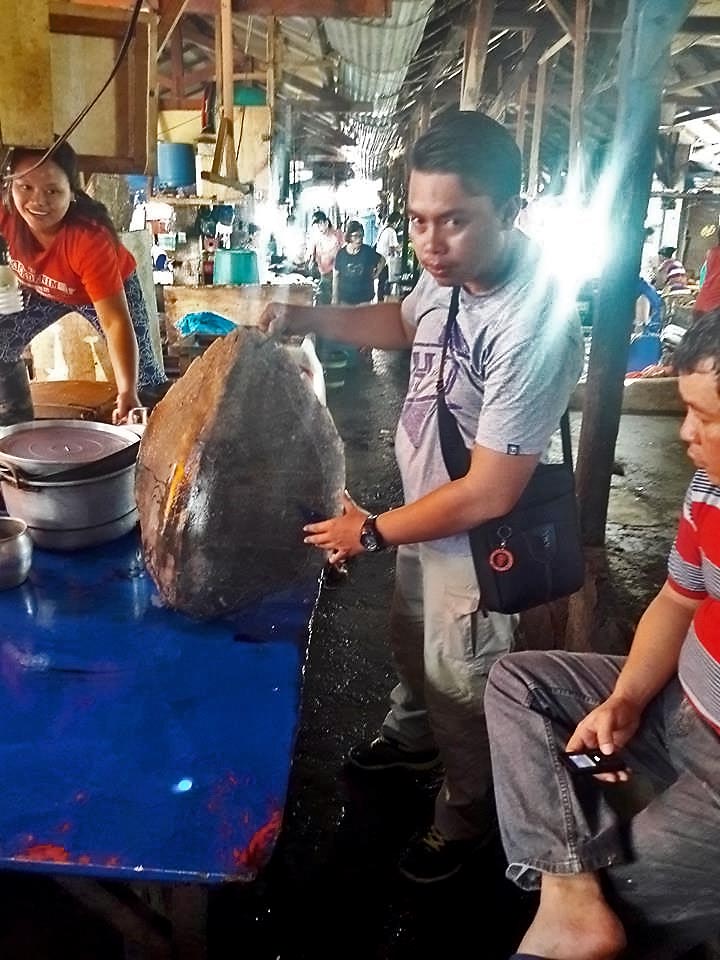 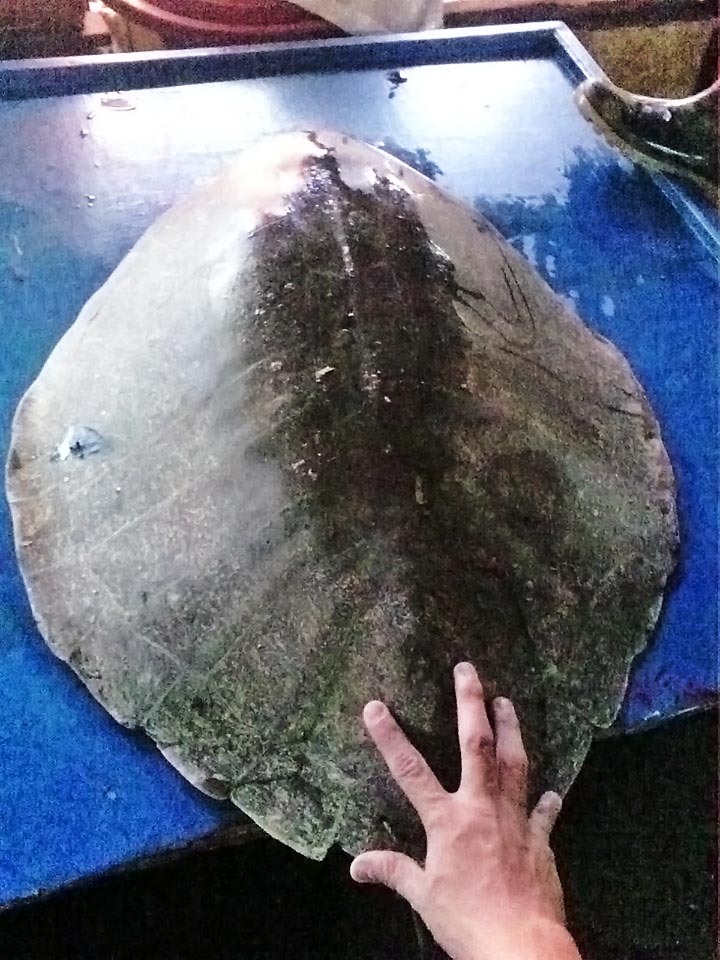 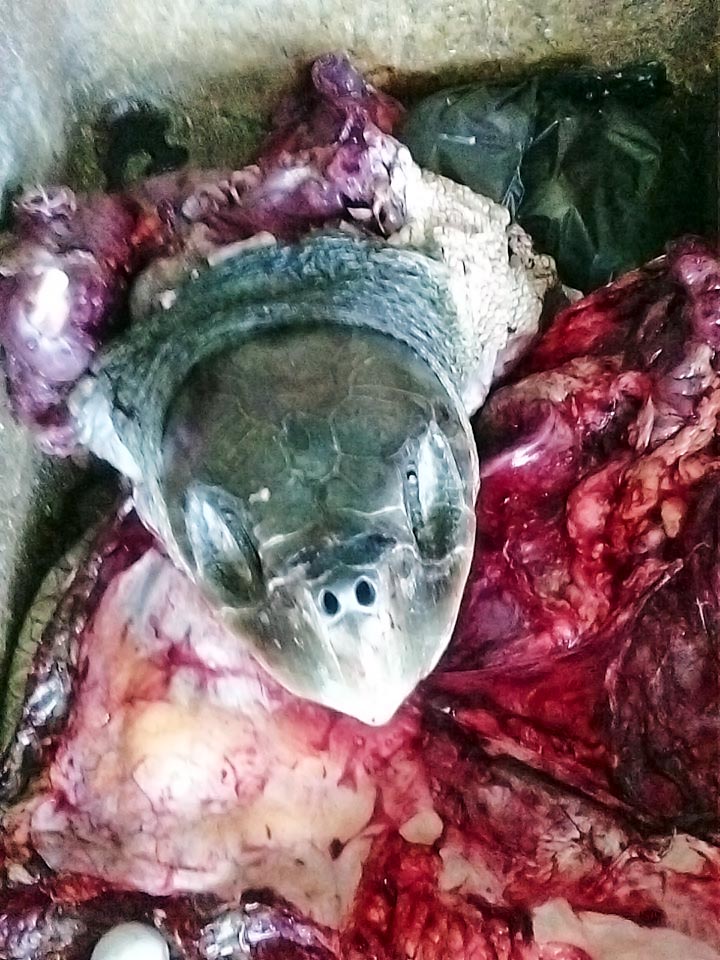 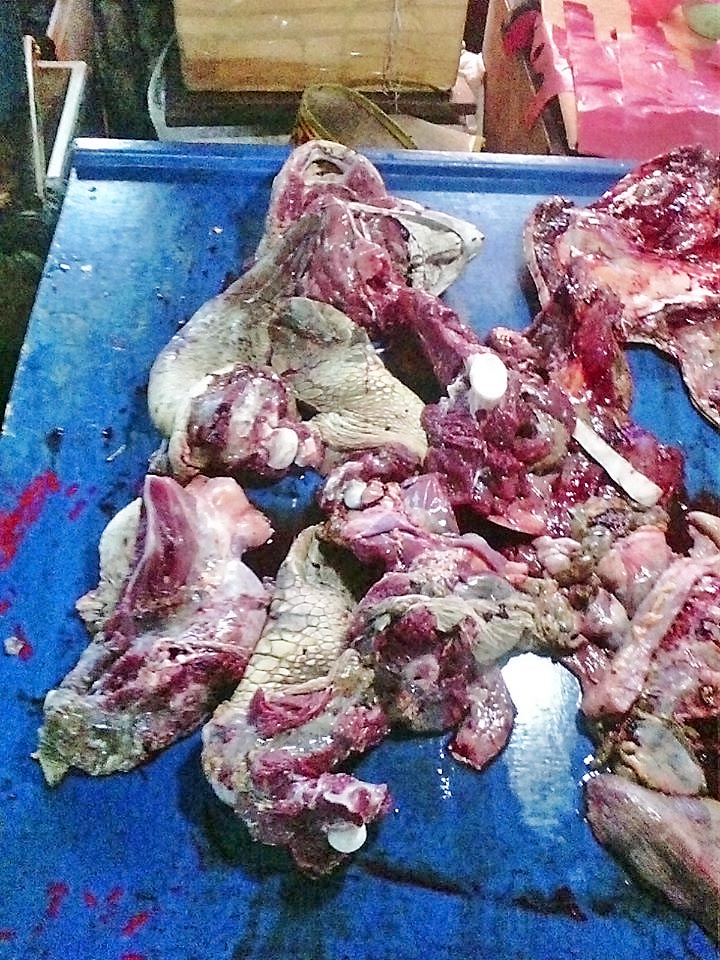 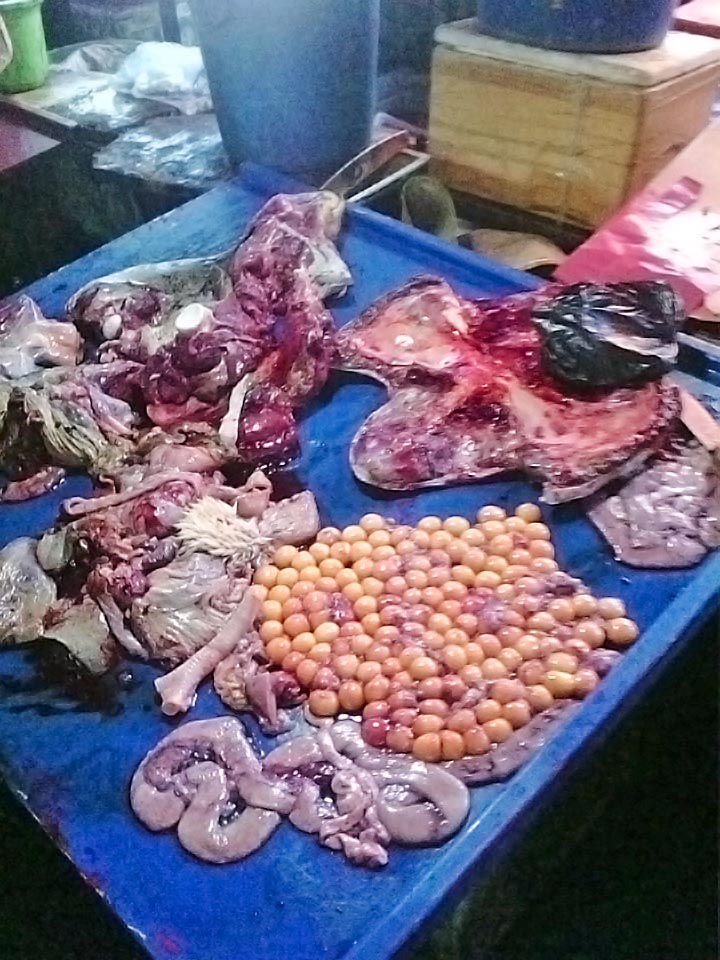 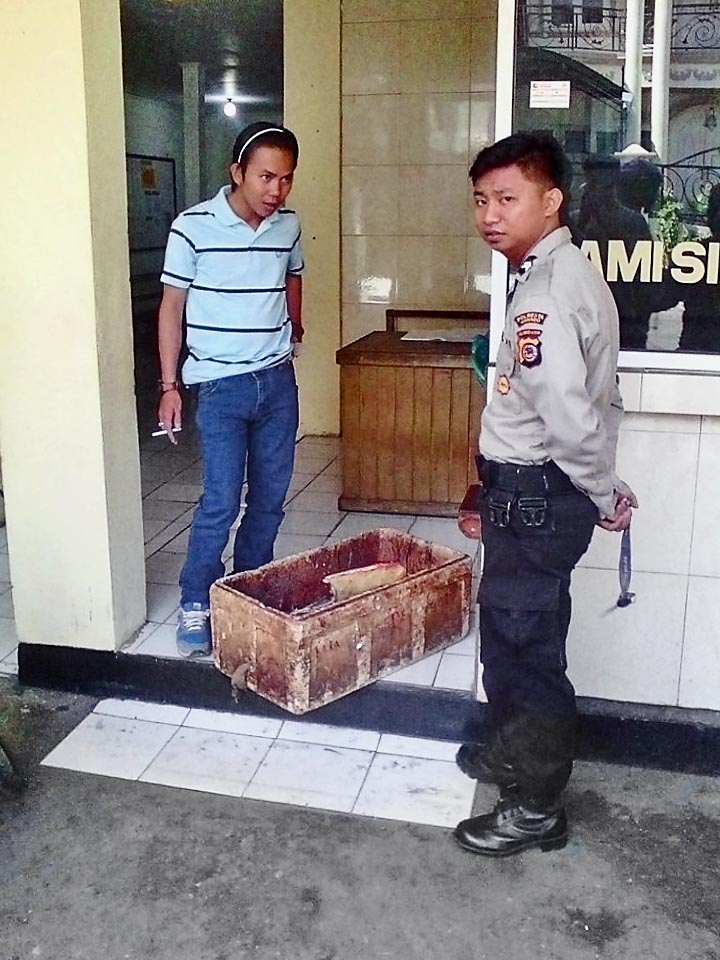