On Friday, 22 September 2017, during his visit on Boavista S. D. Prince Albert II of Monaco welcomed representatives of our team as well as other local conservation organisations and a group of researchers from Queen Mary University London aboard the research vessel M/V Yersin. The visit of Prince Albert II was part of the three-year “Monaco Explorations” expedition of the Yersin. Together with scientists of the expedition, the Prince discussed with us about questions and challenges related with the protection of the endangered sea turtles of Cape Verde. Afterwards, Prince Albert II visited a field station for sea turtle protection on the southern beaches of Boavista.

Before the meeting began, there was some unplanned excitement because the strong wind of this day caused the large research vessel in the small harbour of Boavista’s capital Sal Rei to sway. Due to the lack of a suitable landing stage, it was not possible to enter directly. But then one of the dinghies of the ship picked us up and the 40-minute meeting could finally begin. All the organisations reported about their projects in short presentations, with our organisation and the turtle protection project on the neighbouring Island of Sal attracting increased attention in the auditorium. The Prince was particularly interested in our children’s environmental education initiative “School in Nature” and our employment program for local rangers. At the end of the conference, a paper was presented to the Prince on behalf of all organisations, which summarised the main challenges and measures to protect the turtles in Cape Verde. 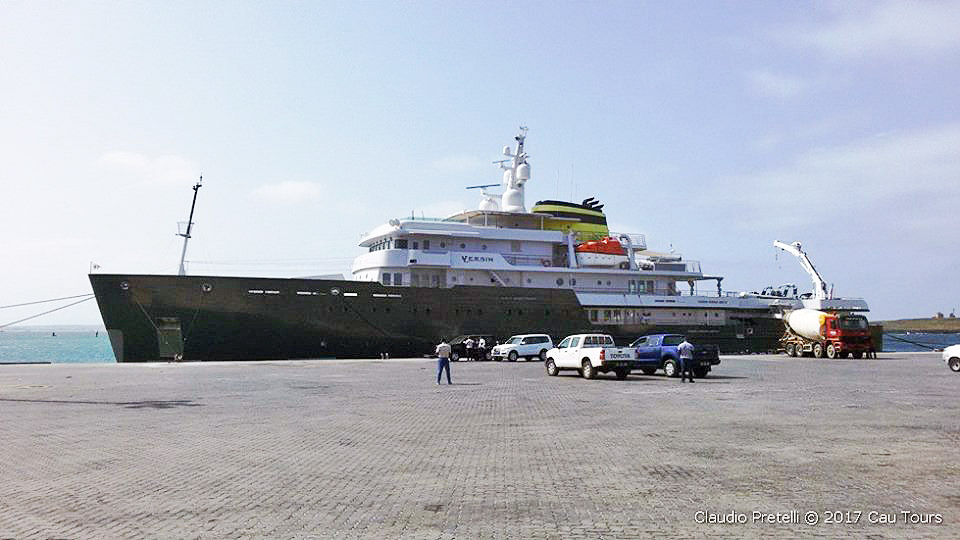 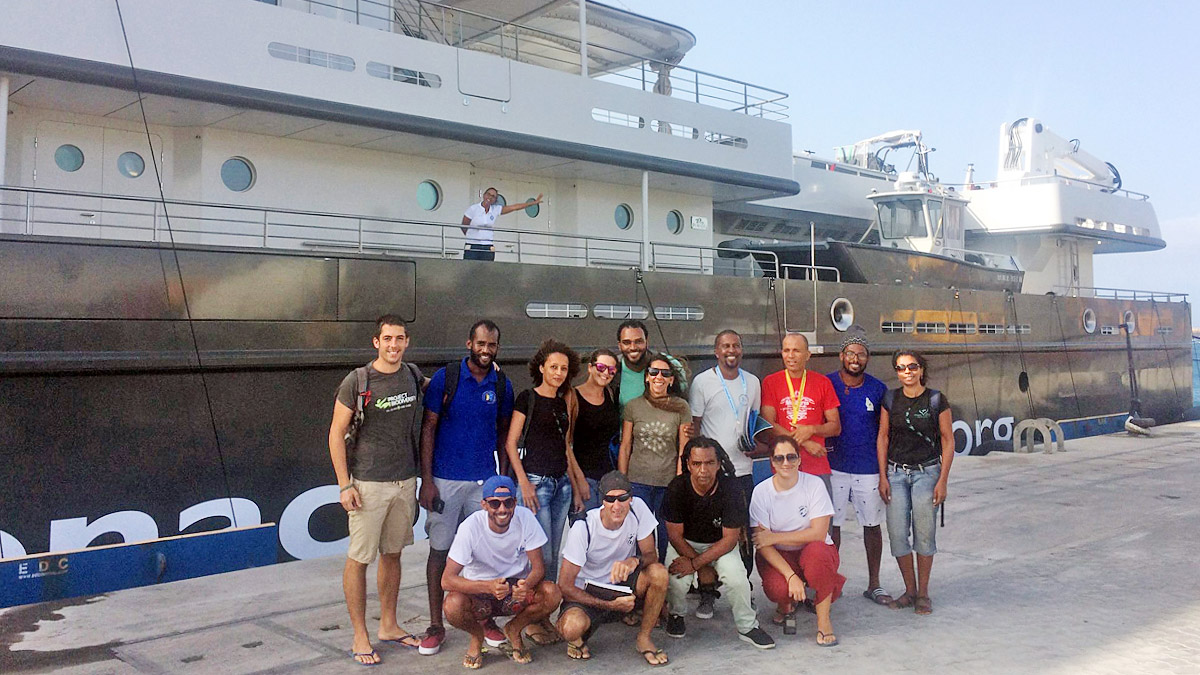 The delegation of TAOLA, the local network of all turtle protection organisations in Cape Verde, in front of the Yersin 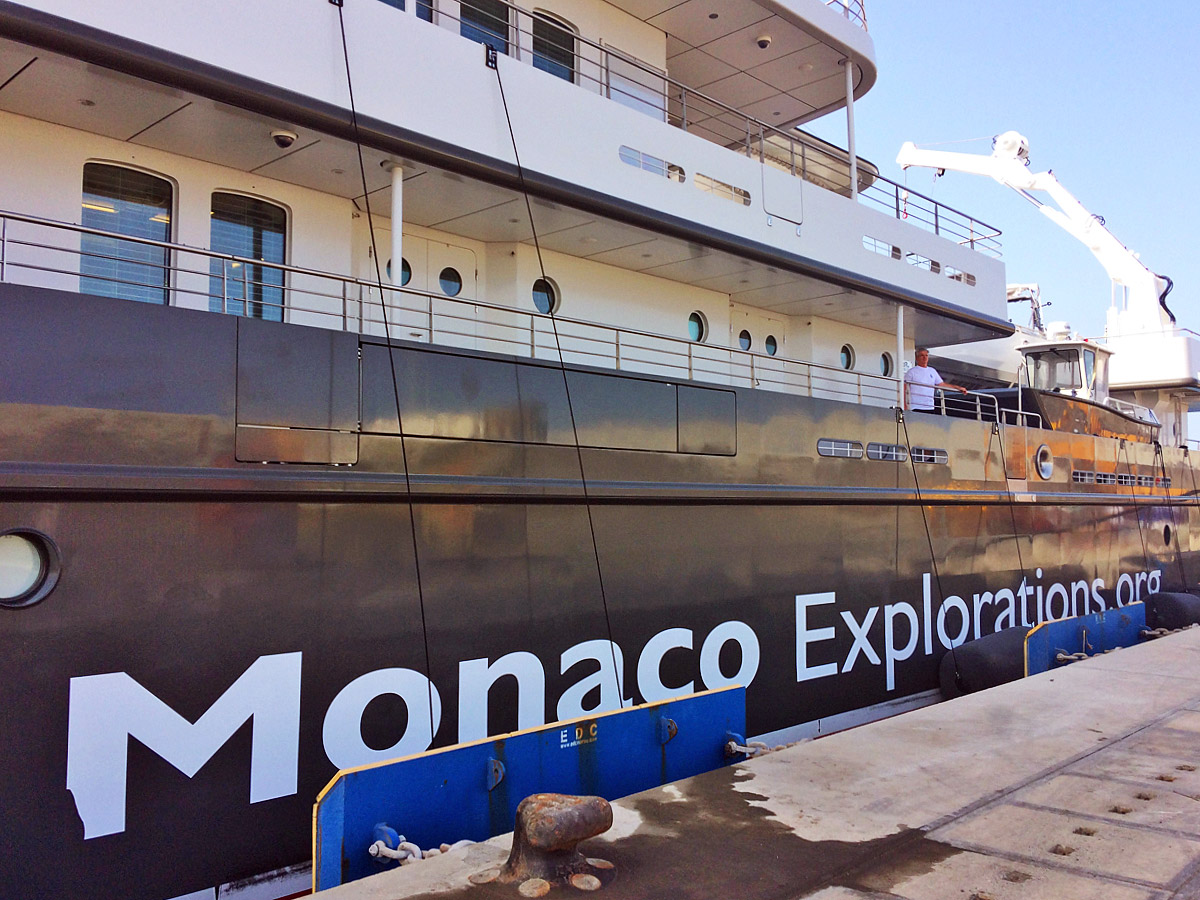 Built in 2015 by the French shipbuilder Piriou, the Yersin is currently one of the most modern research vessels. 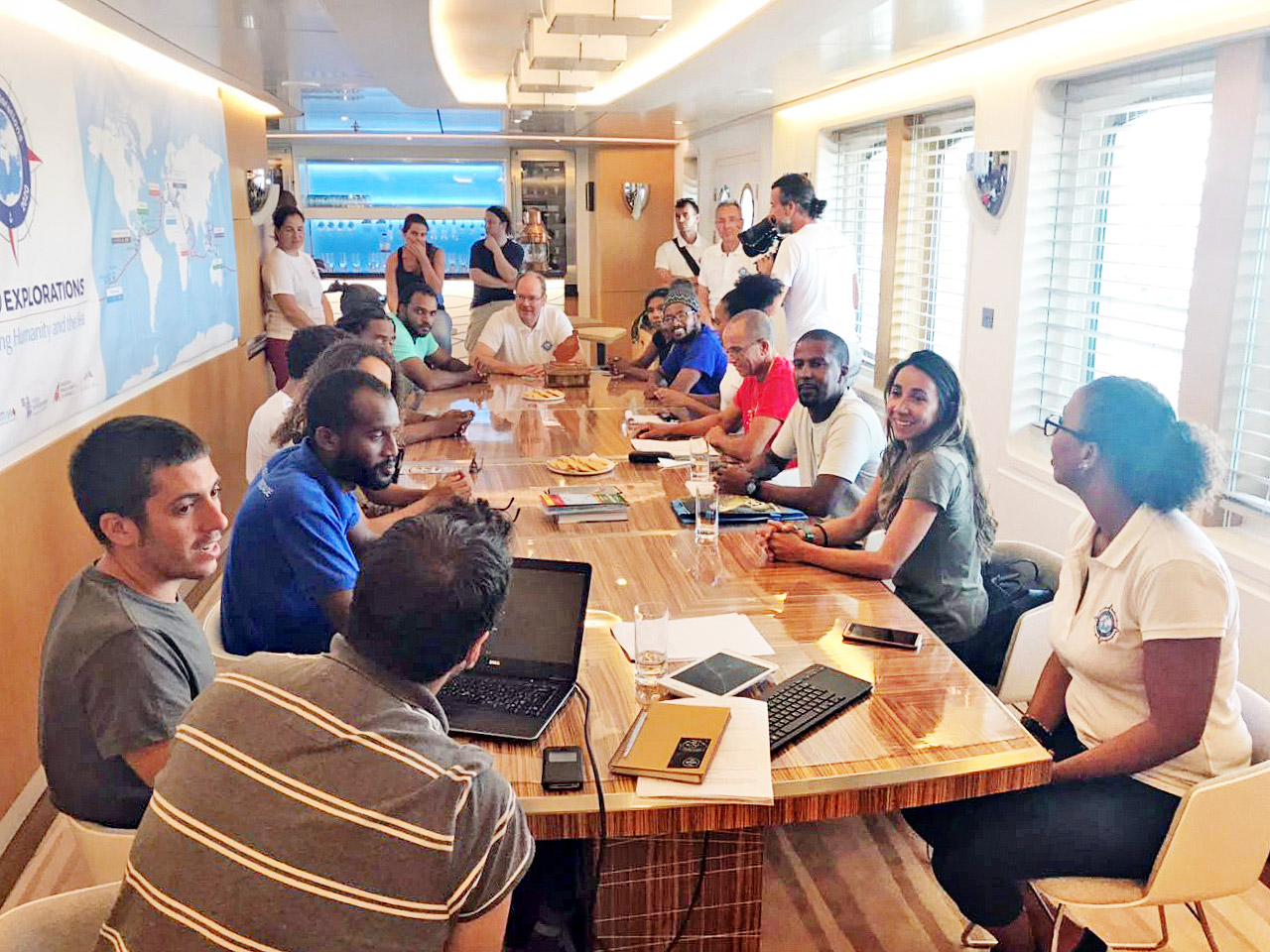 After the meeting, the Prince and the delegations left the ship for a convoy southbound trip to the Turtle Foundation’s Lacacão field station. Our project manager Euclides Resende warmly welcomed the Prince and his team to our turtle conservation project and led them through the camp, where he also attended a lesson of our “School in Nature” program. 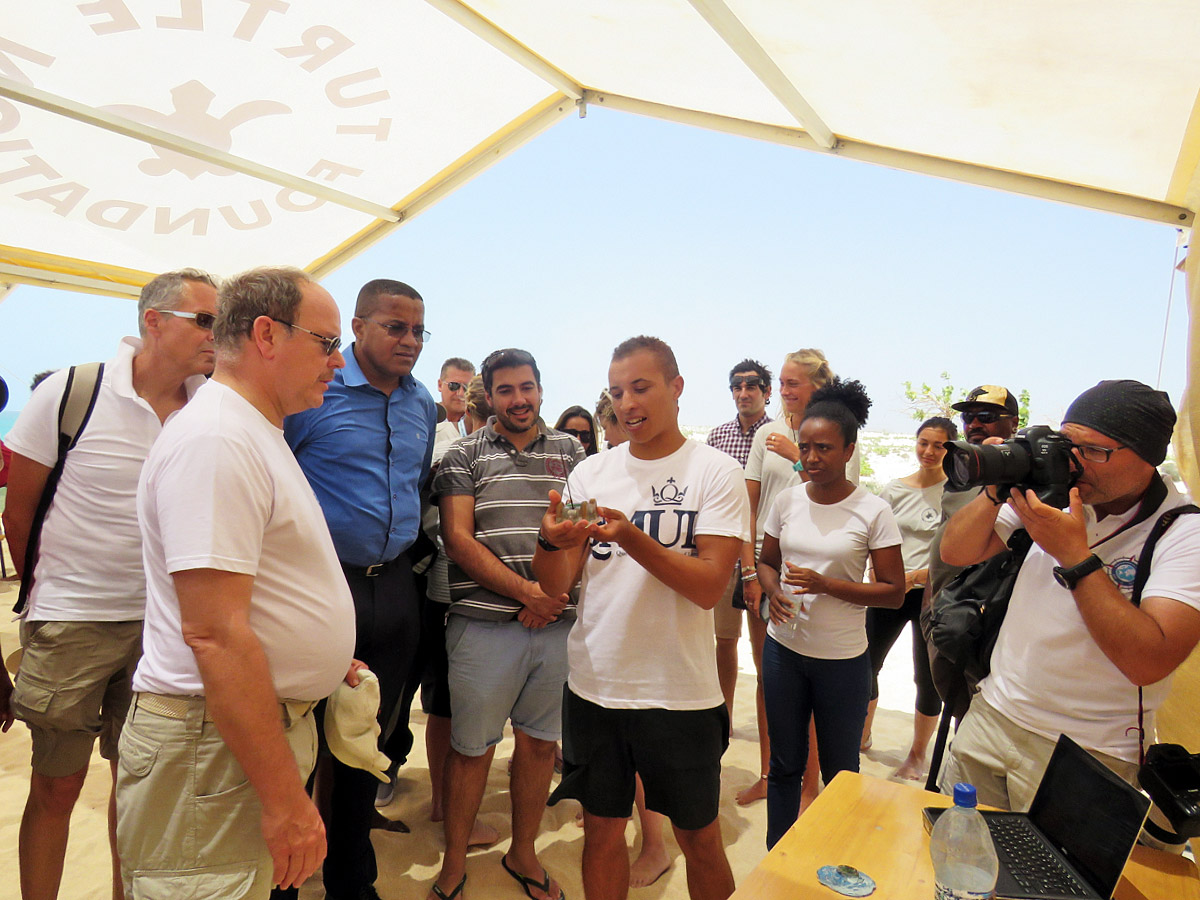 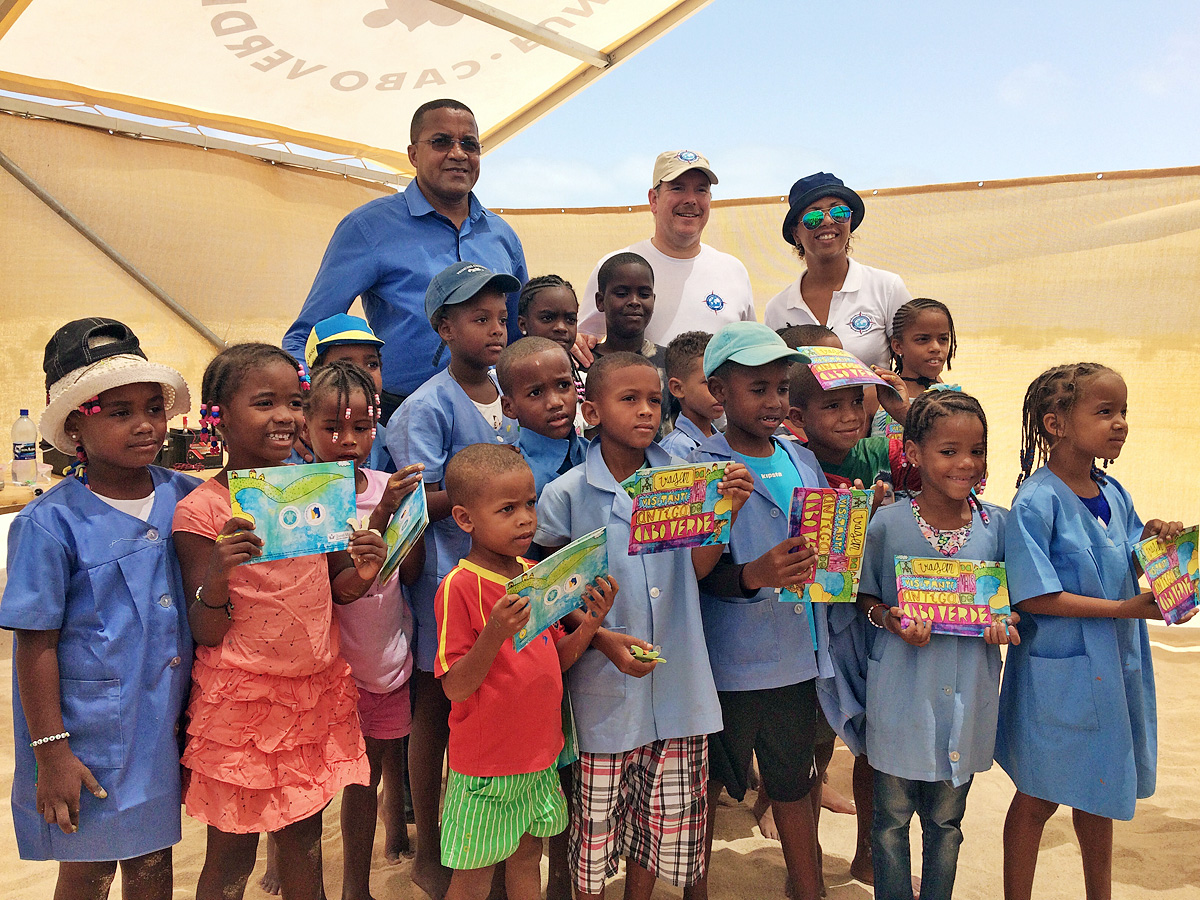 Children proudly presenting their works after the “School in Nature” lesson. 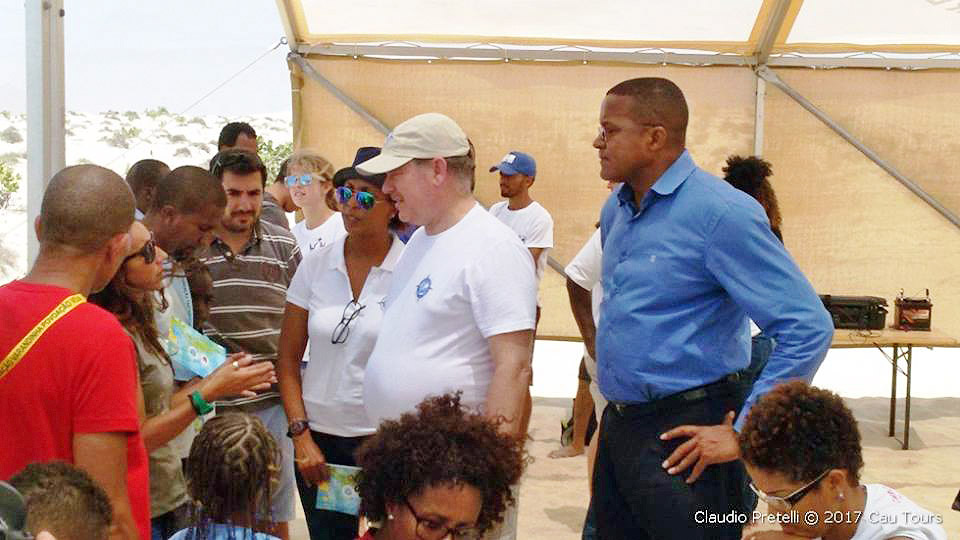 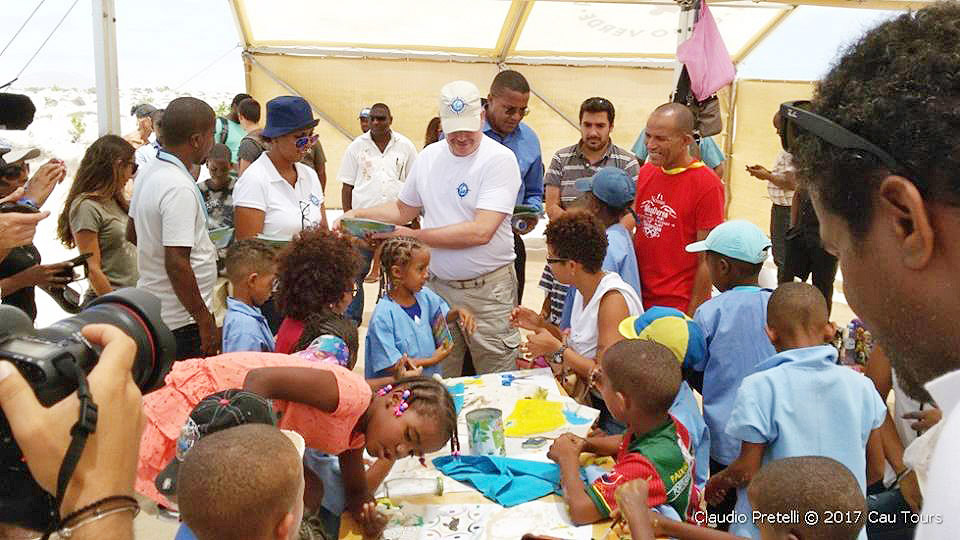 The Prince witnessing one of our “School in Nature” lessons

After a short walk through the desert-like dune landscape south of the field station, the Prince inspected the beach of Ponta Pesqueira, where a particularly large number of the endangered loggerhead turtles regularly nest. There, he visited a breeding station (hatchery) for such turtle clutches, which had to be moved there because of the danger to the turtles’ offspring caused by a nearby large hotel. In the hatchery, the Prince had lively discussions with the London turtle researcher Dr. Christophe Eizaguirre, who works closely with the Turtle Foundation, and the field coordinator of the Turtle Foundation Alberto Queiruga on the scientific and practical aspects of the protection of sea turtles. After a final drink in the camp and warm words of appreciation for the work of the Turtle Foundation and the other nature conservation organisations in Cape Verde, Prince Albert II from Monaco bid farewell and gave a big hug to our two local Turtle Foundation project leaders Joana Nicolau and Euclides Resende. 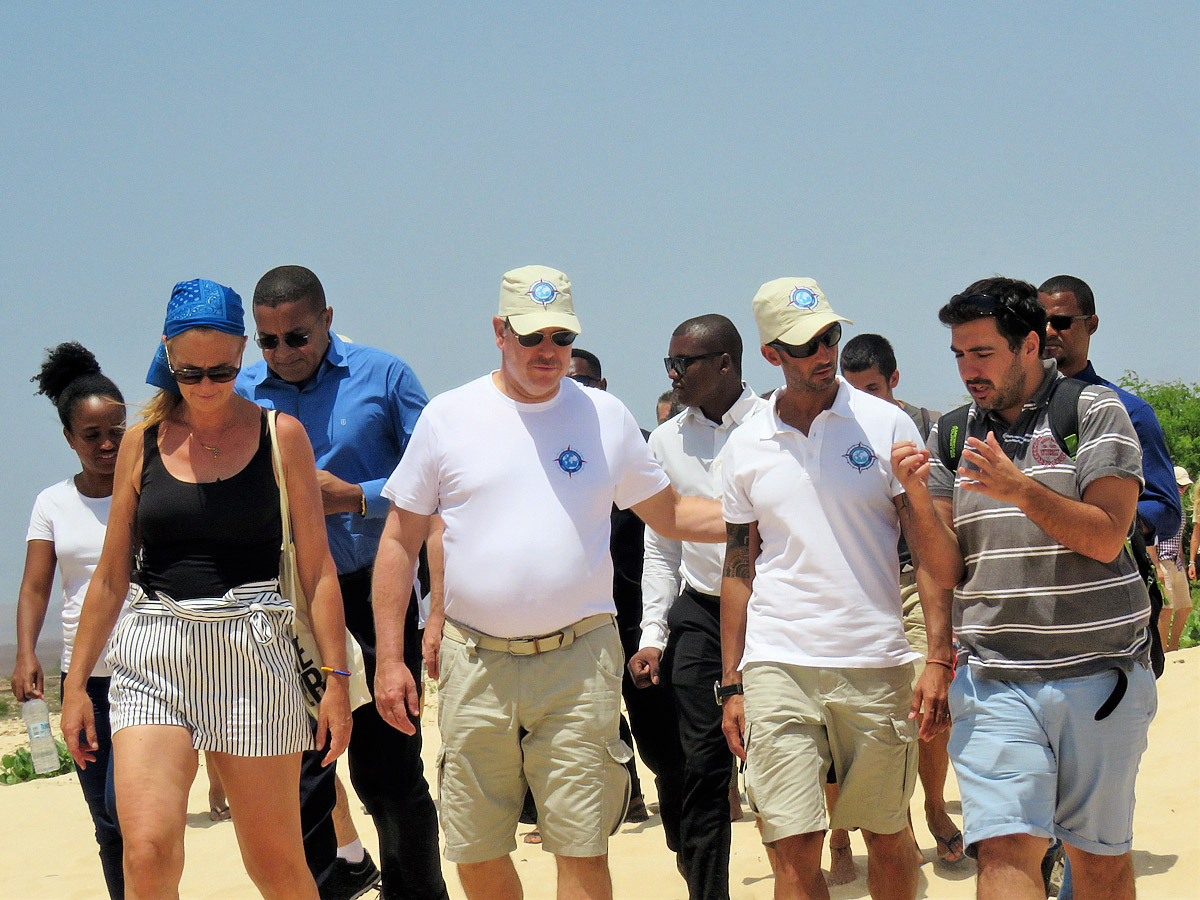 The walk from the camp to the beach of Ponta Pesqueira offers some additional time for discussions, here between Prince Albert II, the Monegasque world record champion in freediving Pierre Frolla, and zoologist Christope Eizaguirre (far right). 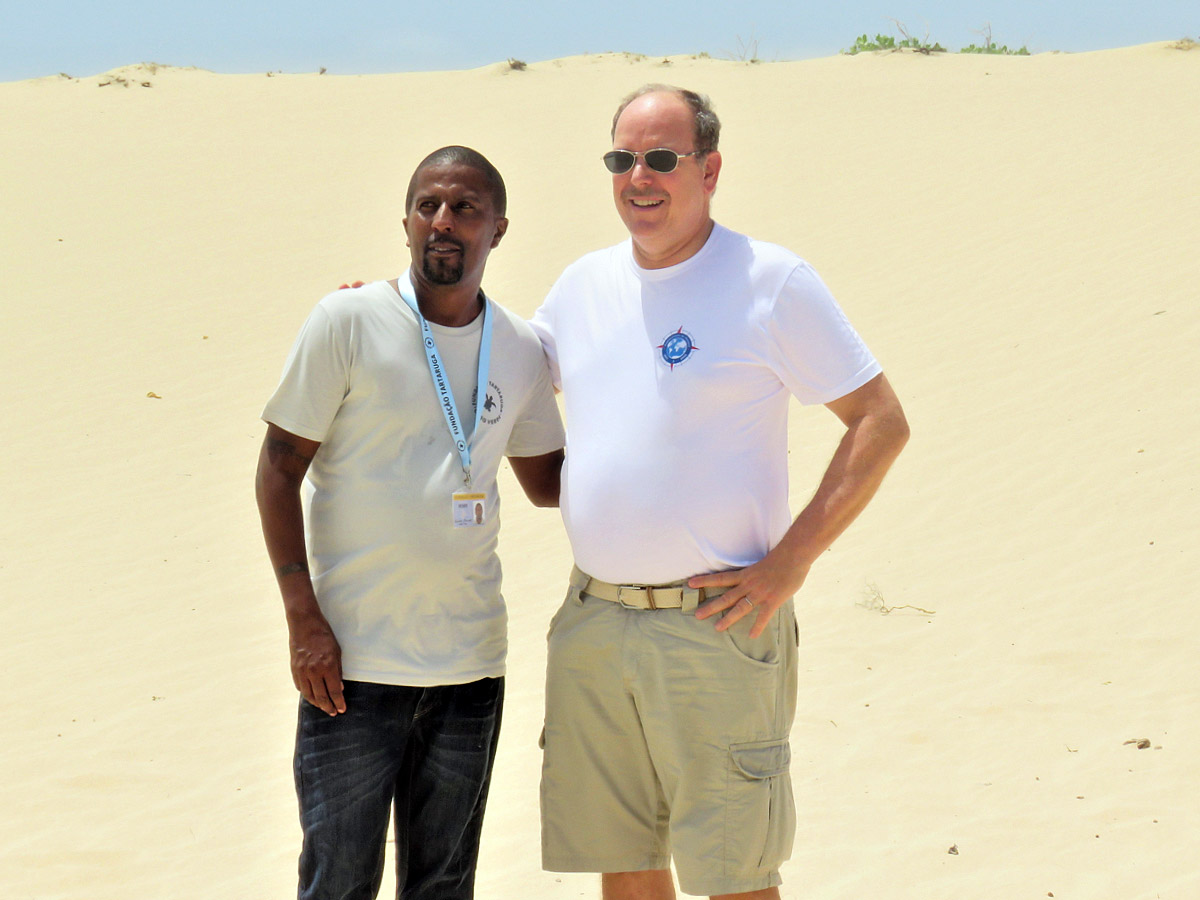 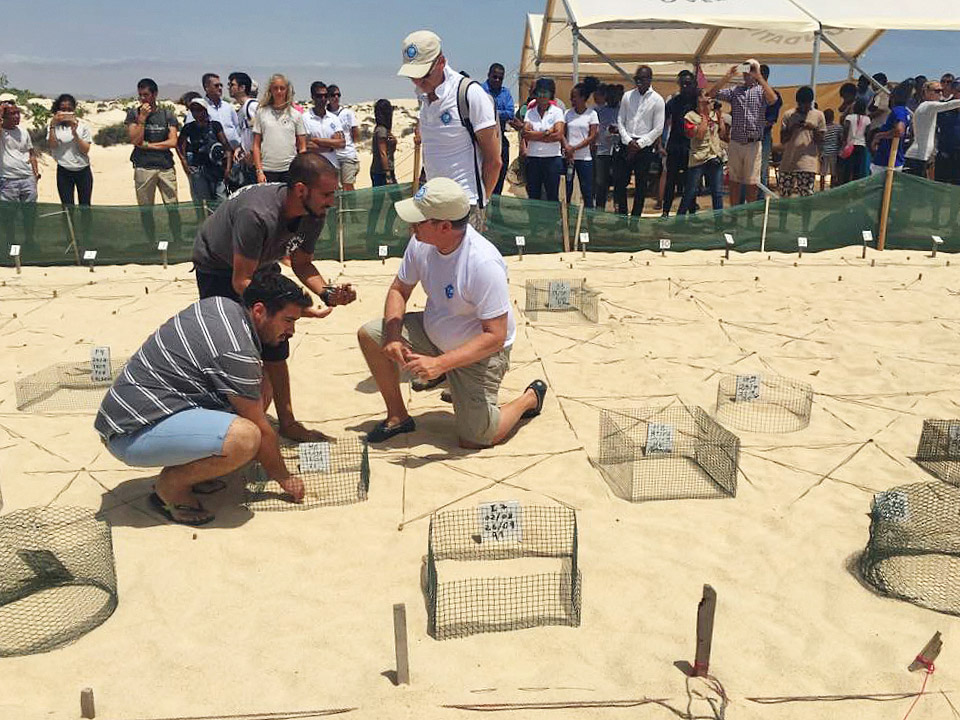 For enabling undisturbed development of turtle eggs rescued from the negative influences of a nearby large hotel, not all people can enter the hatchery. 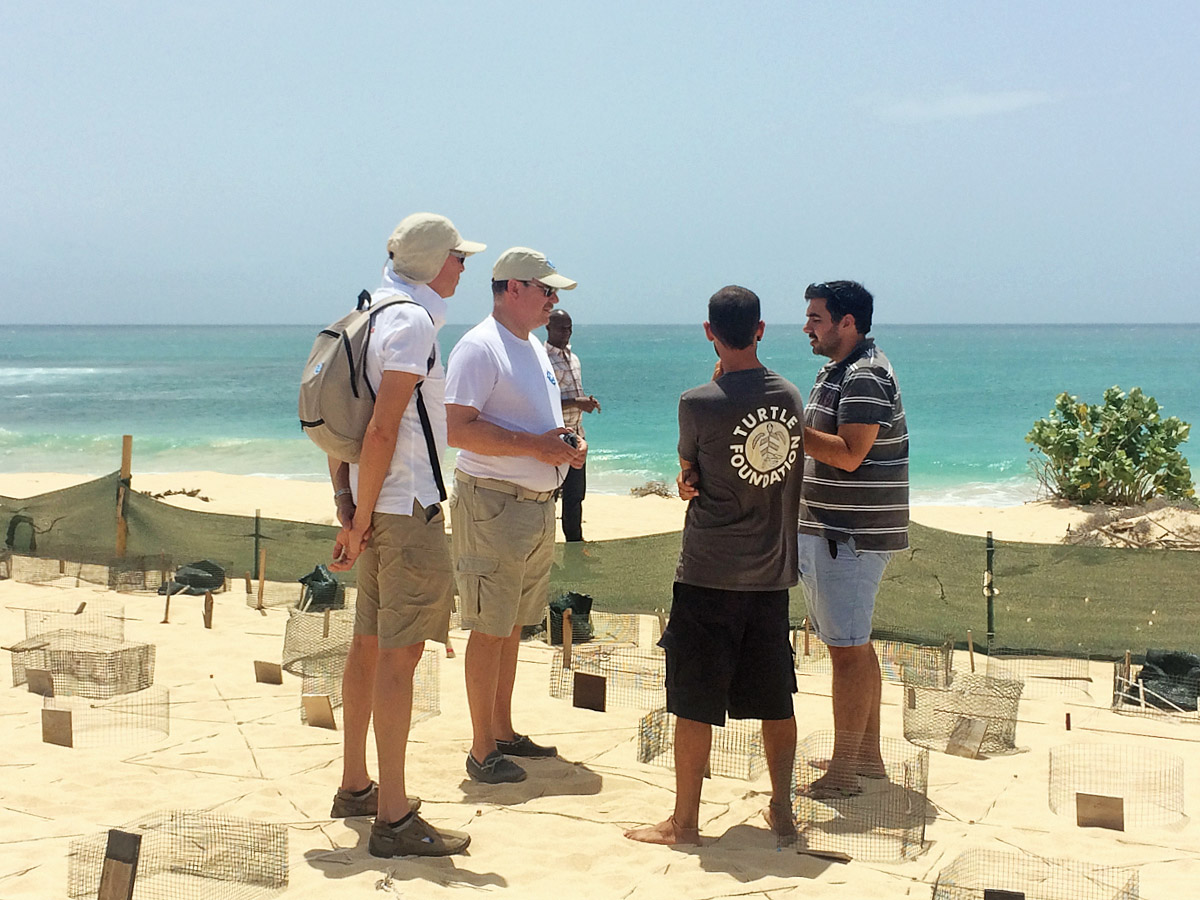 As part of the “Monaco Explorations” project, the research vessel Yersin is currently at the beginning of a three-year global voyage to carry out scientific projects in remote marine regions. The project was initiated by Prince Albert II of Monaco to continue the long tradition of the Principality in the exploration of the oceans and their increasingly urgent need for protection. The great-grandfather of today’s sovereign, Prince Albert I, visited the Cape Verde Islands on his research trips more than 100 years ago. During the Yersin’s journey Prince Albert II will frequently visit selected research locations. We were therefore particularly pleased to have this great opportunity to speak to the Prince personally about our projects.