On Monday, 31 August 2015, a hurricane swept over Cape Verde. In the morning hours, on the Island of Boavista the storm reached peak wind speeds of 120–135 km (75–85 miles) per hour. On the southern coast, waves piled up to seven meters above sea level.

The safety of our colleagues in the camps of Boa Esperança, Lacacão, and Canto could not be guaranteed any more because objects were flying around and tent and shading scaffolds collapsed. We had to immediately evacuate the camps. Personal valuables could be taken, but we had to leave behind the tents together with kitchen and other equipment.

We are very happy that none of our staff and volunteers was harmed! Thanks to the careful and prudent action of our team the worst was avoided.

By the next day (Tuesday, 1 September) the teams of Canto and Boa Esperança were able to return to the beaches and immediately started with the cleanup work. Some crew tents could be patched up so that they can be used until the end of nesting season in mid-October. For smaller common areas we still had spare material left that was immediately ready for use. 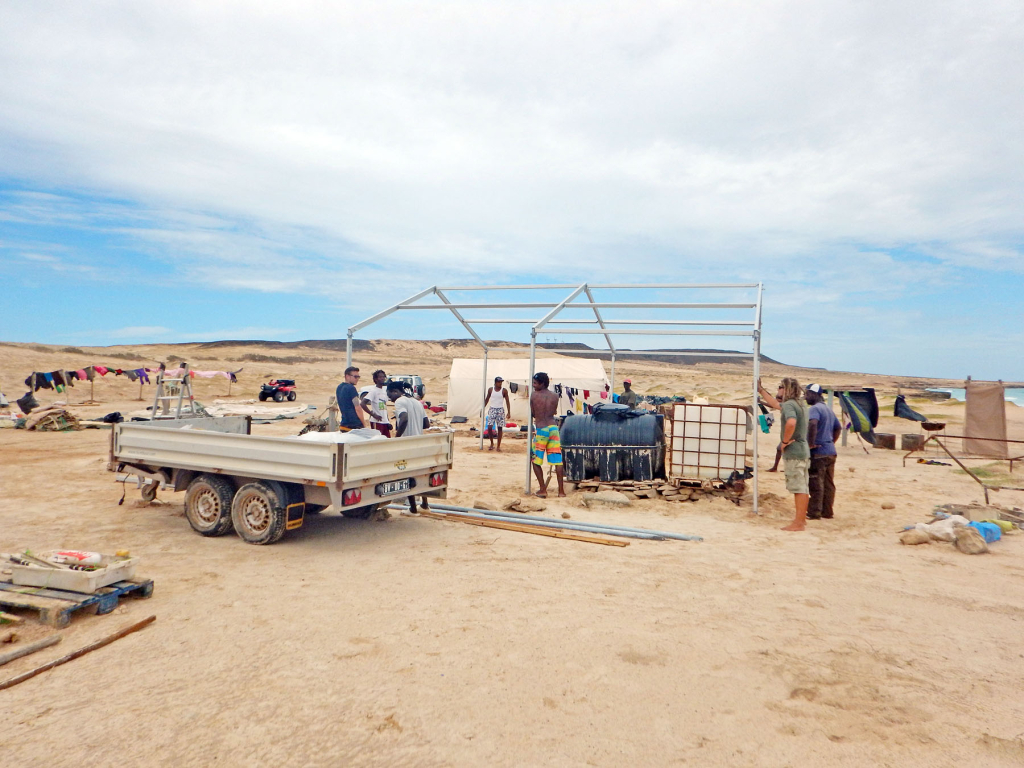 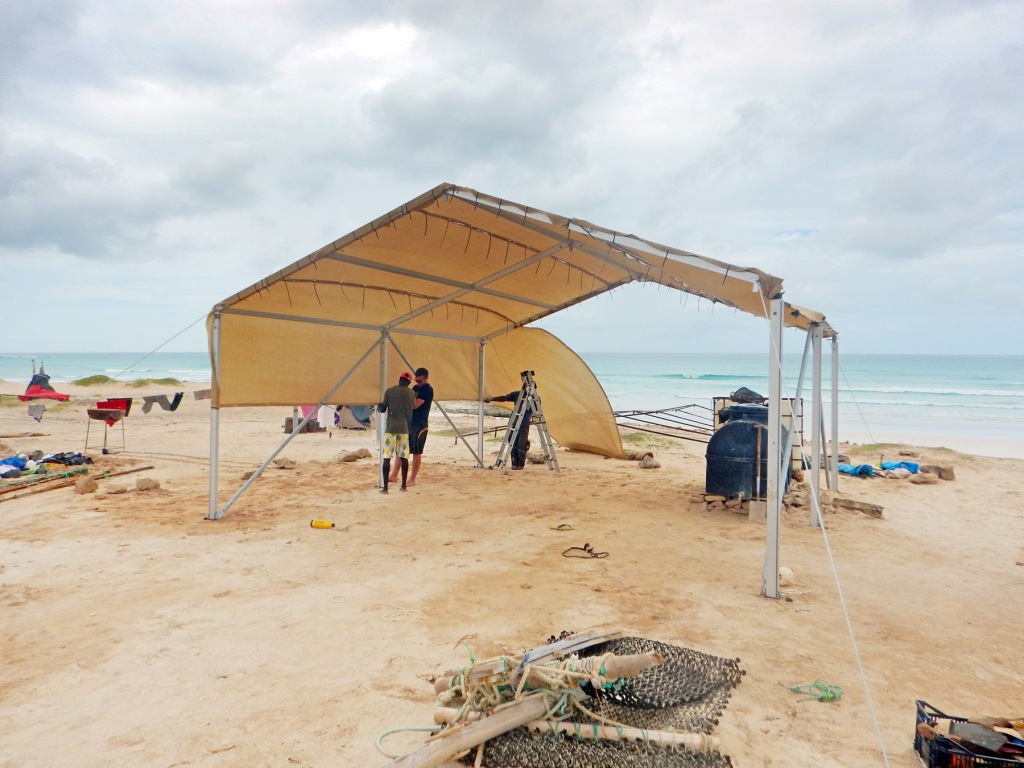 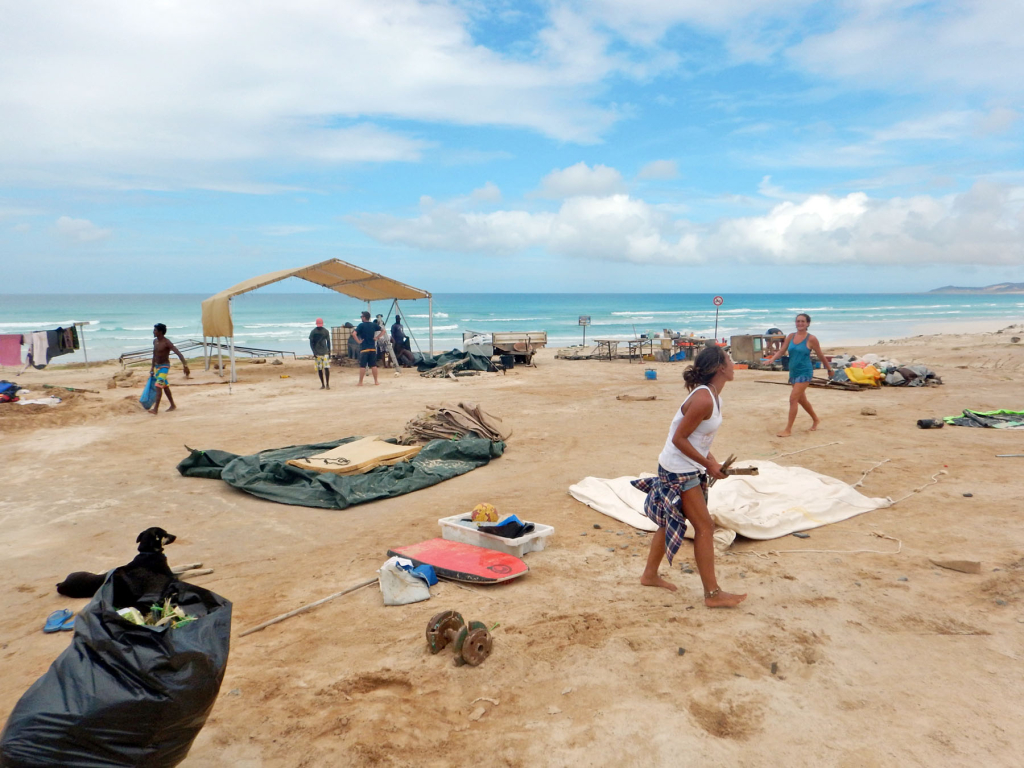 Also the Lacacão team returned to the beach a bit later. Since this camp was more heavily damaged, and the weather became very hot immediately after the storm, the cleanup has been even more exhausting. During a tough three days, the team managed to rebuild the camp from its remnants so that a makeshift operation is guaranteed up to the end of the nesting season. On Friday, September 4, the night beach patrols were resumed. 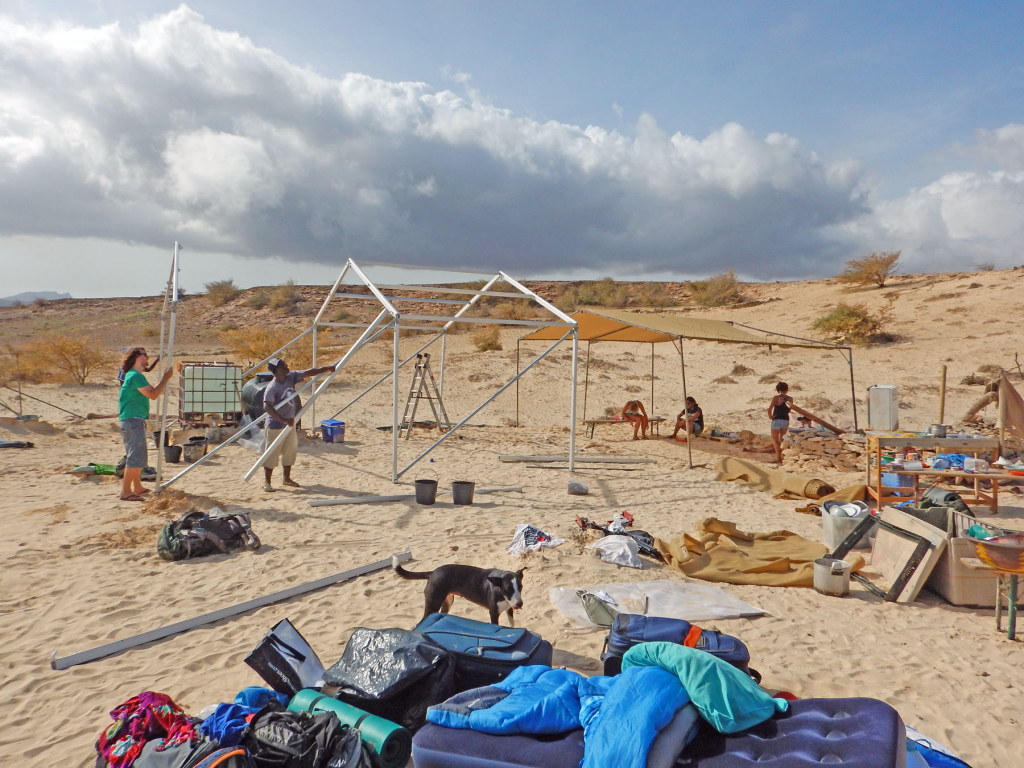 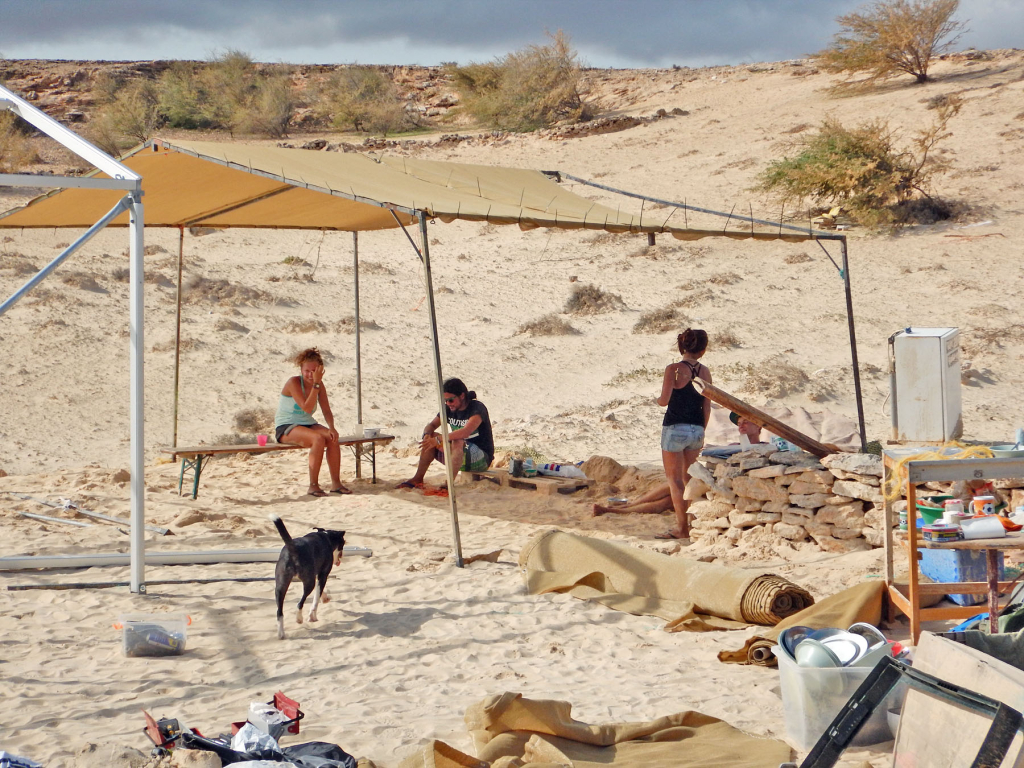 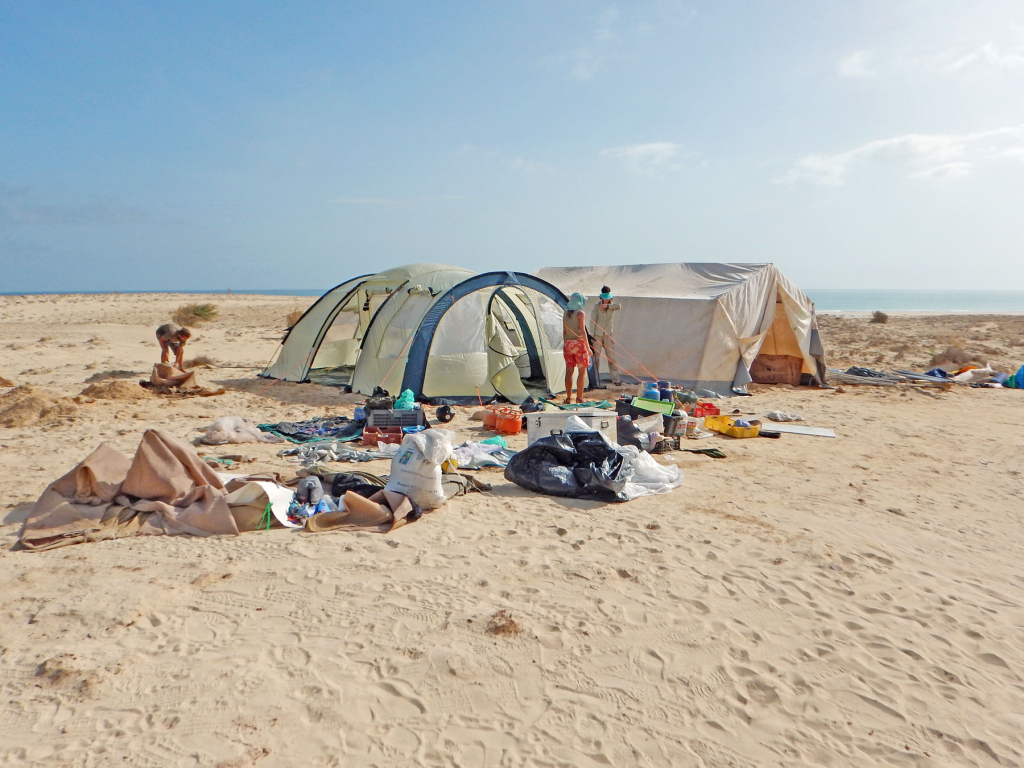 Turtle Foundation camp on the beach of Lacacão during rebuilding

The hatchery at Lacacão fortunately was far enough away from the sea to avoid being flooded. However, it is possible that crabs invaded the hatchery since its fences had been shifted over by high sand drifts. Presently, there are 55 nests incubating in the hatchery, and we expect the first hatchlings from 16 September on. We now keep our fingers crossed that the eggs, buried deeply in the sand, endured the storm undamaged! 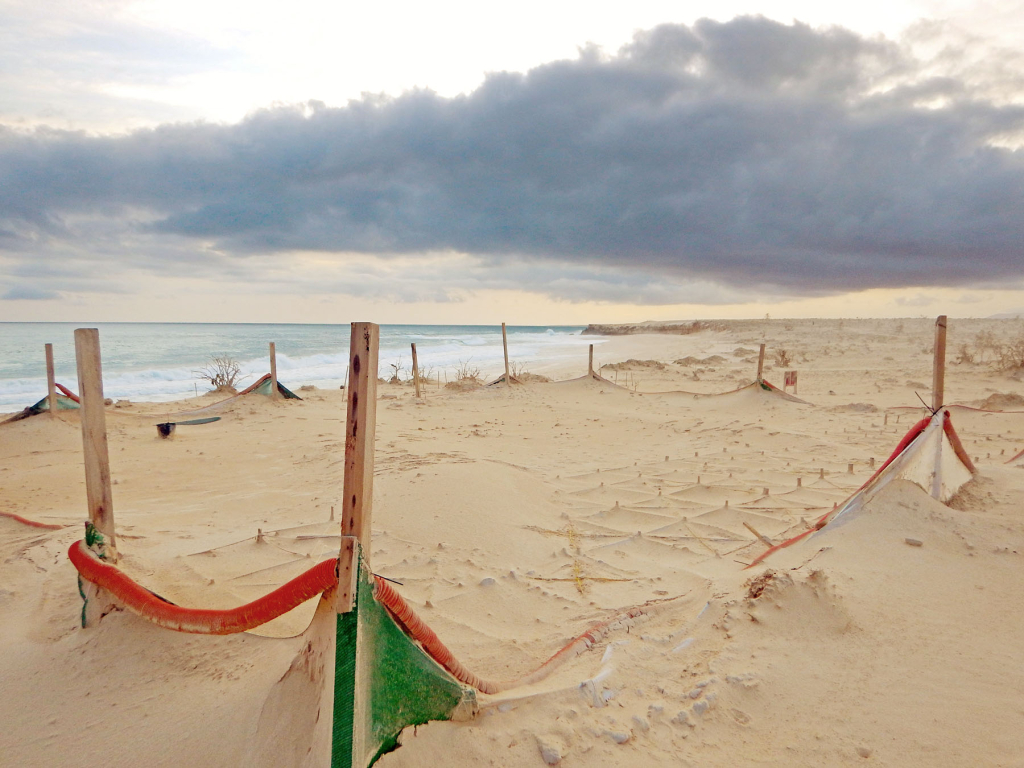 The turtle hatchery after the storm

In order to again having three functional camps on the beaches in the coming year, in the next months we have to spend significant but unplanned funds for new tents, shades, refrigerators, and other equipment.

We are estimating the damage caused by the storm at about 30,000 Euro.

Last but not least some good news: On the beach of Boa Esperança a young pig was straying around aimlessly – it had gone lost in the storm and now was at the end of its tether. Our team took it to the camp, where it was given the name Freddy and now enjoys the protection status of a mascot! 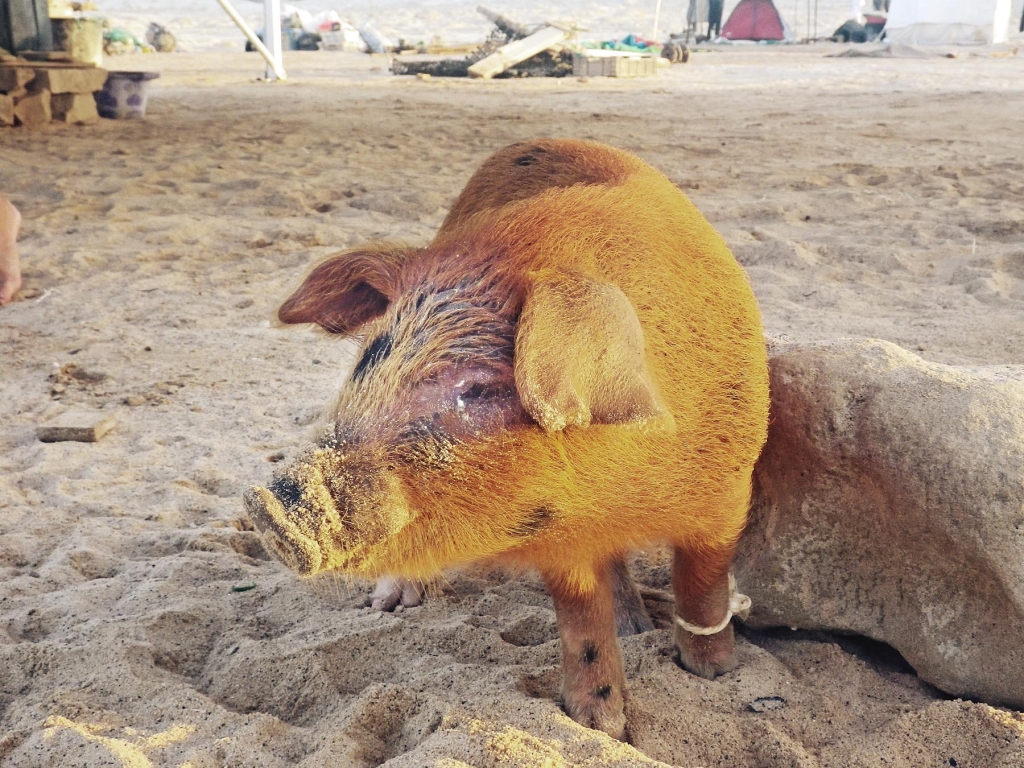 The Turtle Foundation says a great big Thank You! to our marvellous Boavista team! With team spirit and hard work it succeeded in restoring operational status of our camps in no time.

About the Author: Hiltrud Cordes