The last week of January was like a little trade fair marathon: from 21 to 29 January on the BOOT in Düsseldorf and from 26 to 29 January at the travel fair FESPO in Zurich, our teams from Germany, Switzerland and Liechtenstein informed interested visitors the threats and the protection of the sea turtles. This was made possible by the Association of German Scuba Divers (Verband Deutscher Sporttaucher, VDST) and the diving tour organizer WeDive, who generously provided us with space at their stands. The highlight of the week was the draw of our Turtle Foundation Raffle at the FESPO on Sunday. We would like to thank all participants who supported our projects by buying tickets, VDST and WeDive for their great support, the sponsors of the many great prizes, and congratulate the lucky winners! The winners’ ticket numbers are available at www.turtle-foundation.org/en/tf-raffle/. 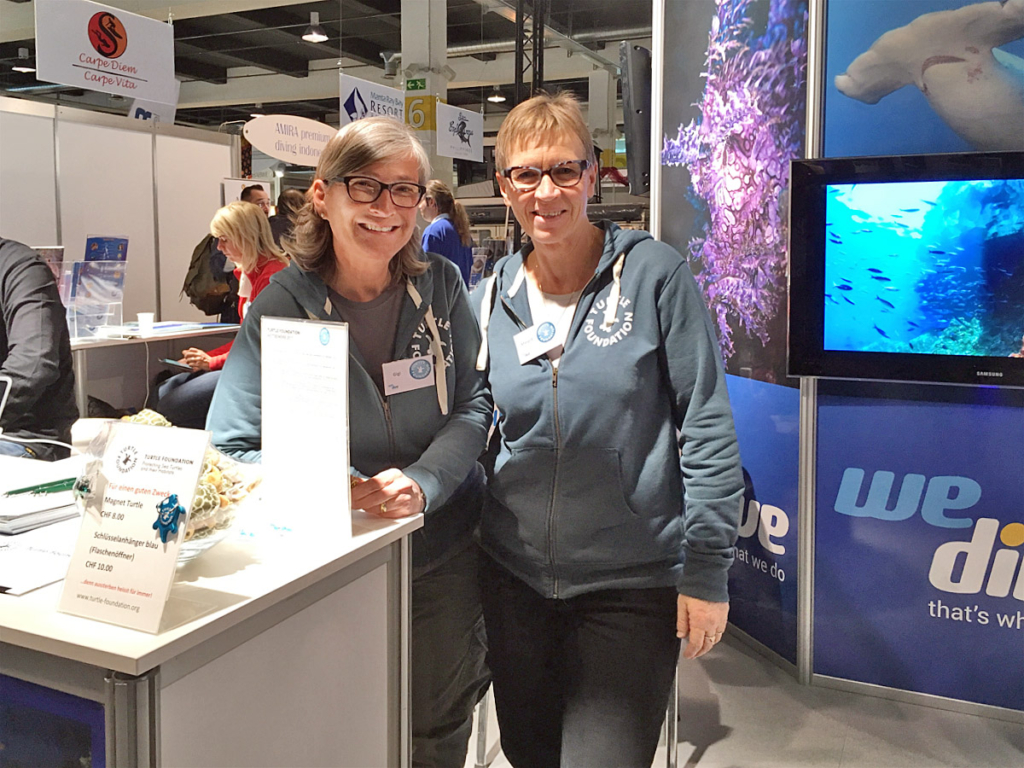 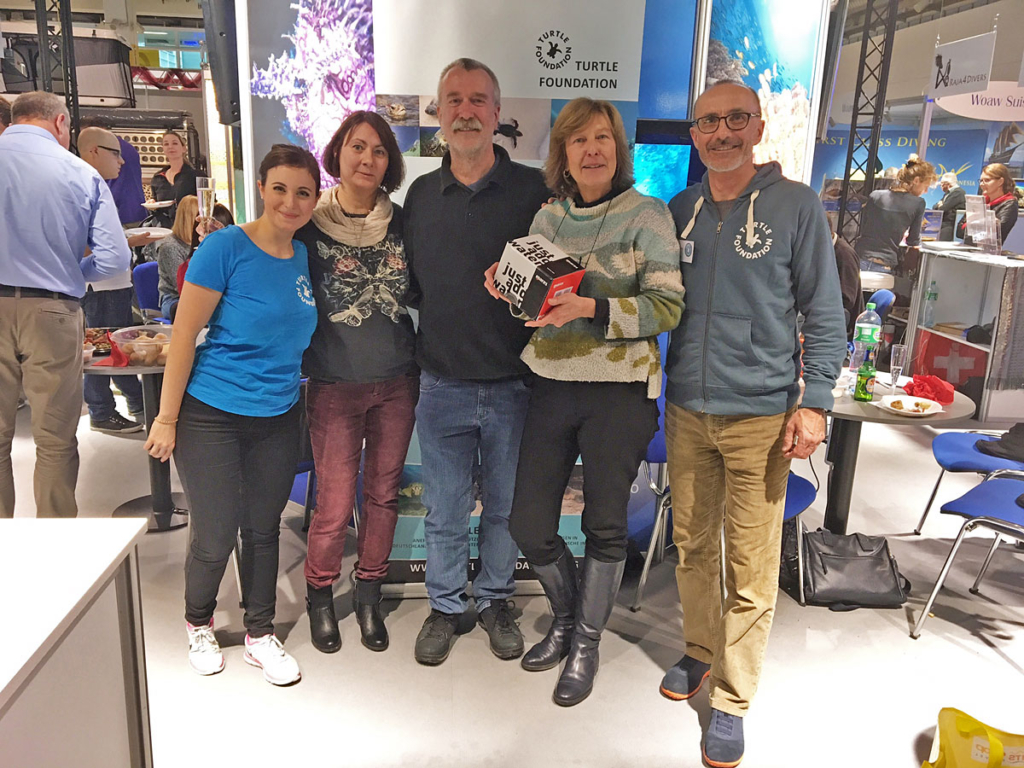 Svea Meier and Frank Zindel with three lucky winners who were personally present for the drawing. 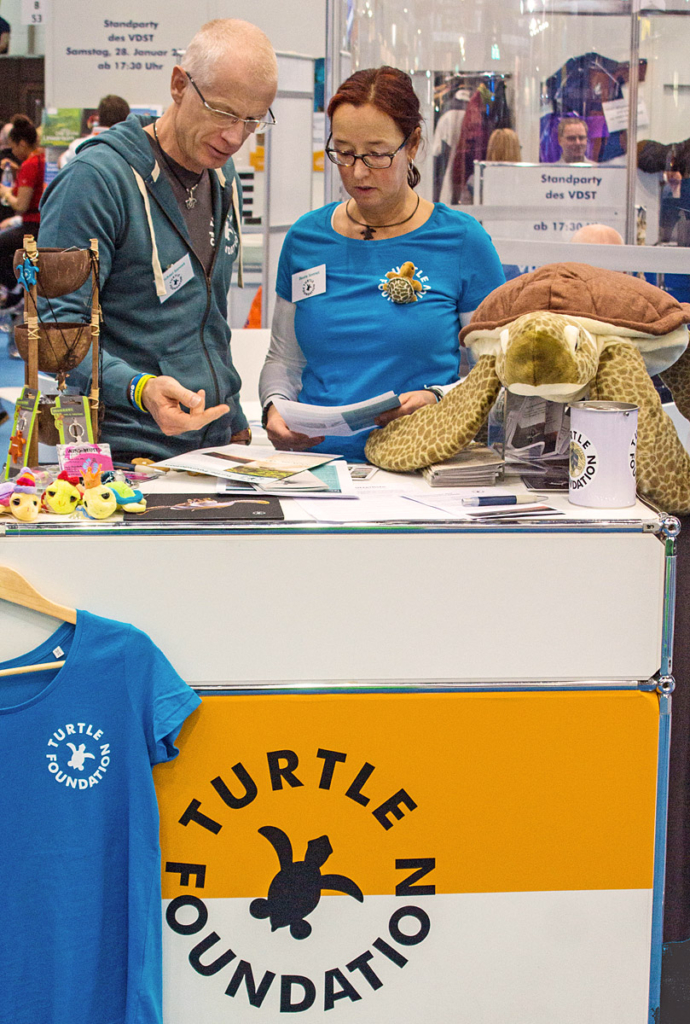 Booth of the Turtle Foundation at the Boot Düsseldorf, which was on the second fair weekend operated by the two active members of Turtle Foundation Friends, Beate Sonnet-Reinecker and Michael Sonnet (photo: Stan Gonia). 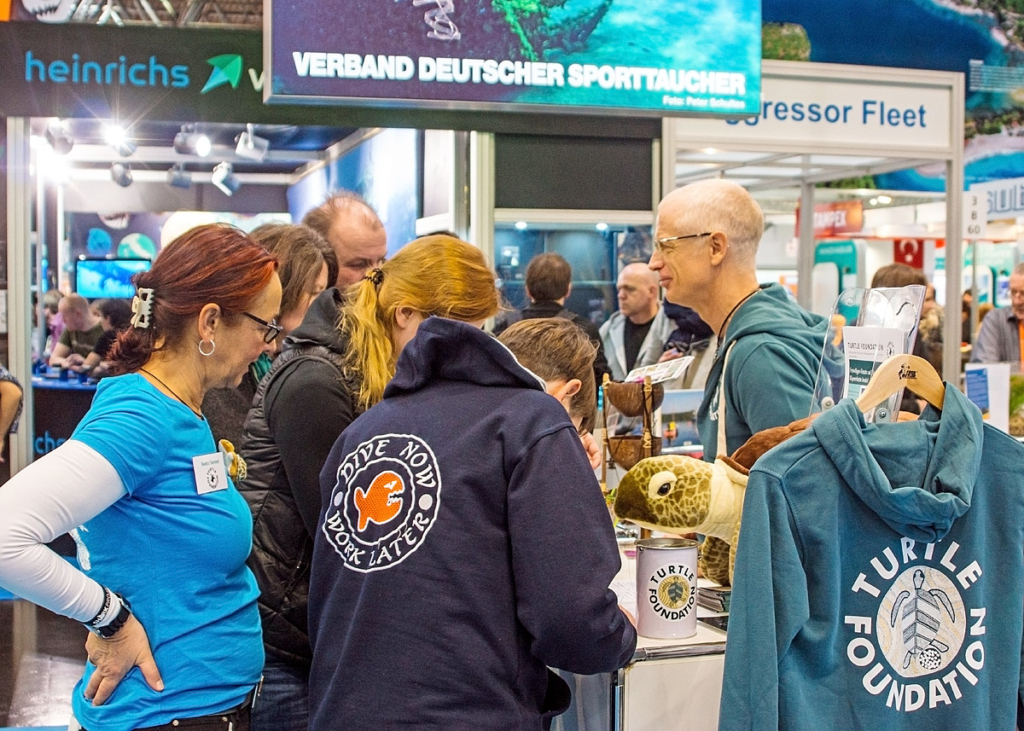 Beate and Michael are pleased about the enthusiastic response of the fair visitors (photo: Stan Gonia). 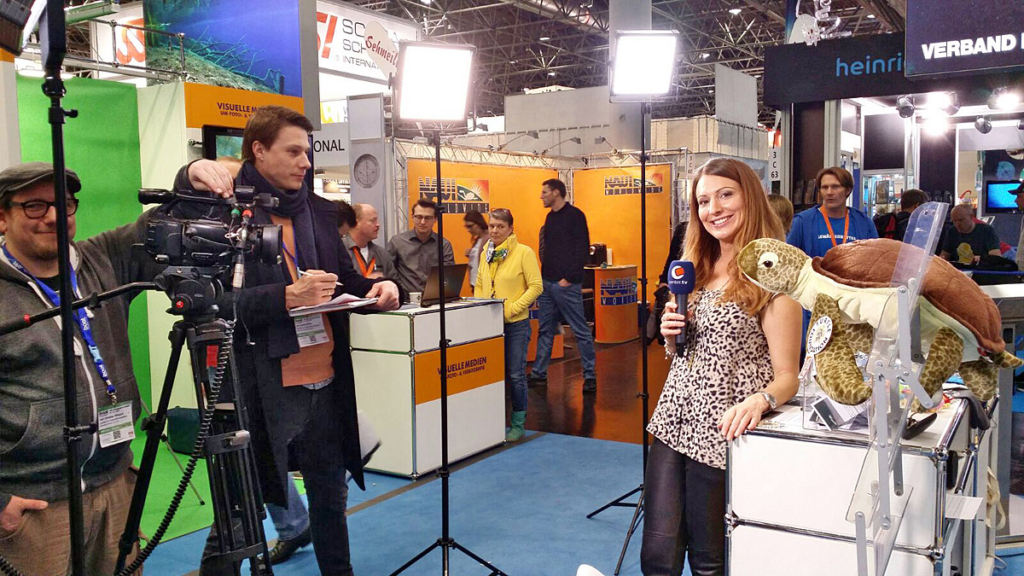 The filmteam of center.tv Heimatfernsehen Düsseldorf reported on 27 January about the work of the Turtle Foundation.