Boavista: Still high nesting numbers despite near end of season

Boavista: Still high nesting numbers despite near end of season

After a rather silent start of this years’s nesting season of the loggerhead turtles on the beaches of Boavista in June we suddenly got big work to do: Turtles landed in high quantities every night on the beaches we are protecting on Boavista. Now it was to patrol the nesting beaches all night and protect the turtles from poachers. Every nesting turtle we find has to be guarded until it returned to the sea savely. In addition, the turtles are measured and marked to get insight that will help us to further optimize the protection project. The data will be analyzed by the end of the season, but it is already apparent that this year’s nesting numbers will be significantly above average. Although the nesting season is almost approaching its regular end in October, turtles are still coming ashore for nesting every night. We are still expecting a lot to do – what makes us hopeful.

Here some expression about measuring and tagging of a loggerhead sea turtle on the beach after it laid its eggs at night (images by Derek Aoki). We use red headlamps because the turtles are not disturbed by red light in contrast to white light: 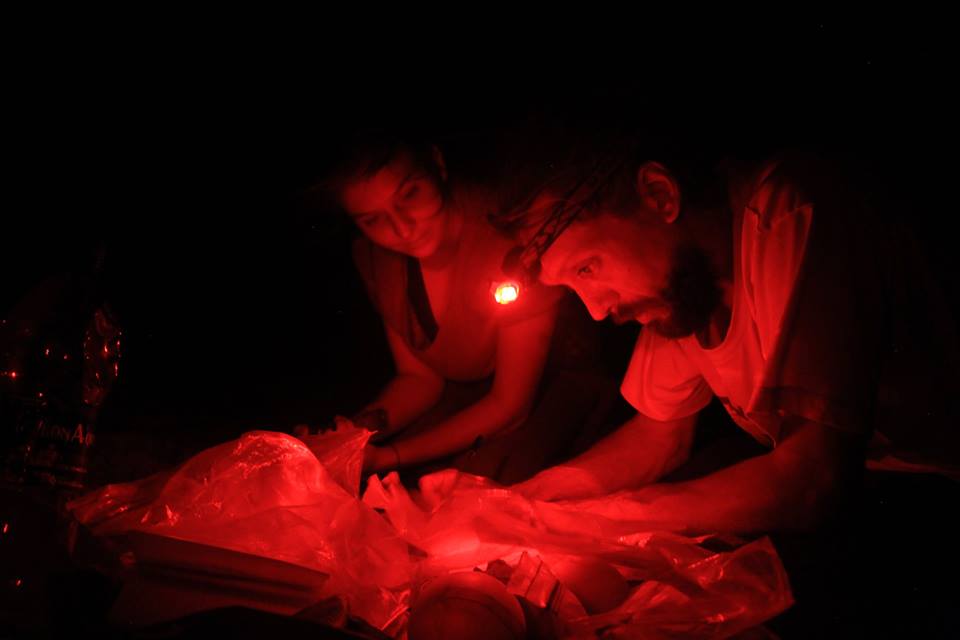 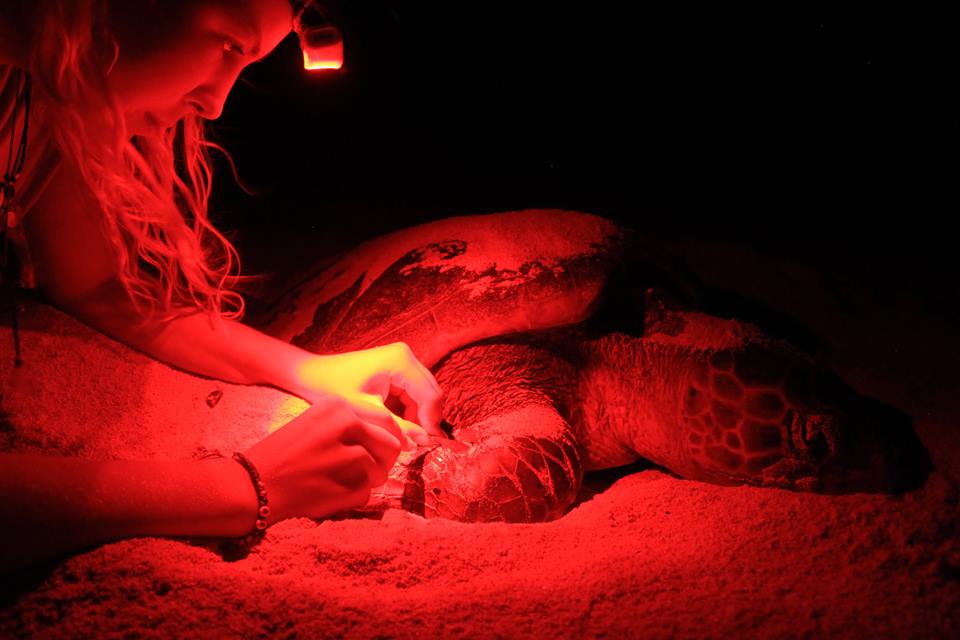 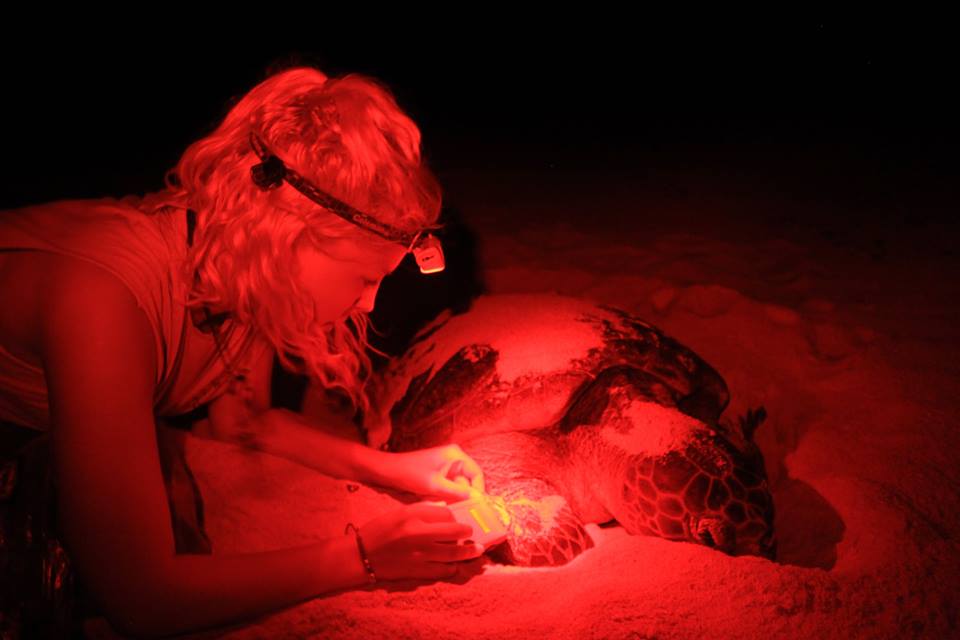